Seriously? Did Mitt Romney get a bad spray tan to appeal to Latino voters? 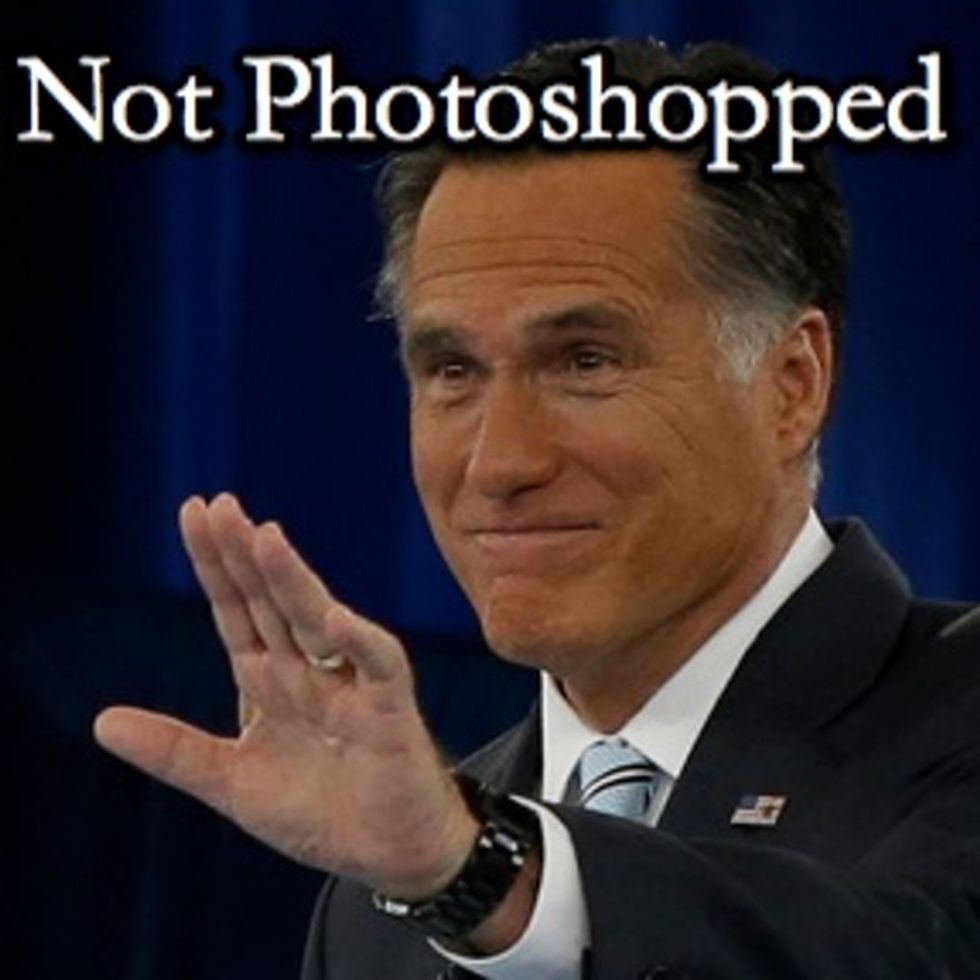 Mitt Romney went on Univision. He then called undocumented immigrants "illegal aliens" as though they were an invading horde determined to destroy America. And then... well, we'd like to preface this by saying we would really like to actually cover important issues, but then Mitt keeps doing interesting things like, I dunno, intentionally darkening his skin to grub for Latino votes. Free campaign advice, Mitt. DON'T DO THAT. Also, don't call HUMAN BEINGS "illegal aliens."

Skeptical about this one? Believe me, so were we. Skip to the bottom for why we're not so sure this can be solely chalked up to a case of "bad makeup."

Now, we were obviously a extremely skeptical of this story at first. After all, everyone wears makeup on TV, right? Well, sure. According to this online makeup guide, "In both film and video work, makeup on the face and possibly even the body is needed — especially for people who will be on camera any length of time." This we know.

The guide also goes on to state, however, that "a shade of base or foundation should be selected that matches the normal skin tones, unless the goal is to slightly lighten or darken all skin tones. In this case, it's best not to go beyond two shades lighter or darker than the normal tone. There are about 20 shades available, but if for some reason the proper shade isn't available, shades can be mixed to provide an in-between shade." It should also be noted that hosts Jorge Ramos and Maria Elena Salinas are also wearing makeup in the photo at the top of this post.

So, seeing as how it's completely possible to create a shade of makeup that matches Mitt Romney's pearly white face (see: every other television appearance he's ever made), ask yourself what seems more likely:

1. Mitt Romney's makeup people suddenly became terrible at their jobs right before his appearance on the biggest Spanish language channel in the United States, or

2. Mitt Romney, already on the ropes with Latino voters by a margin of almost 40%, decided to pull the mother of all cheap political stunts.

The only other explanation would be that Romney naturally tanned his face several shades darker without any noticeable changes to his ears or the back of his neck in the few hours between an earlier press conference and this interview... somehow. Anything's possible with this campaign I suppose.