Richard Gere dealt with a fake viral story about himself in the best way possible. 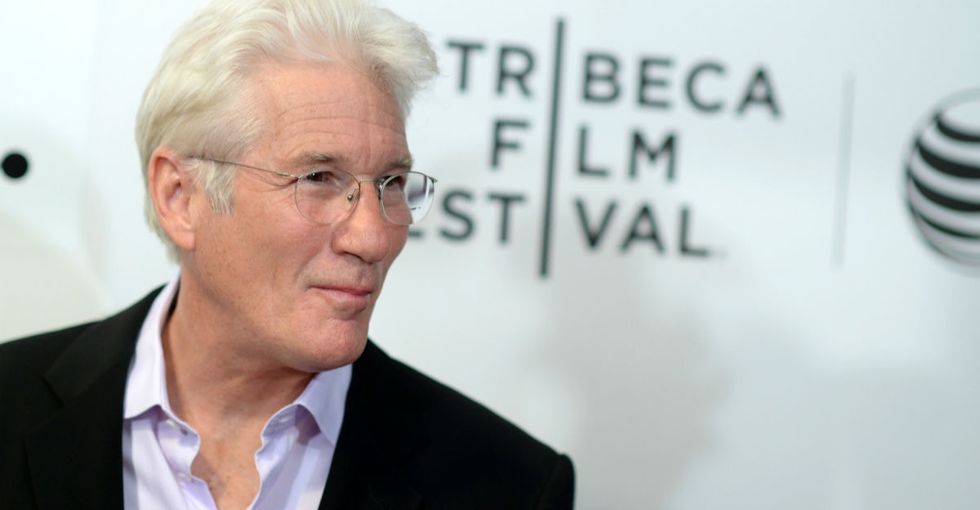 He'd reportedly opened up about a moving experience dressing as a homeless man in New York City.

"People would just [pass] by me and look at me in disgrace," the post read. It was published with a photo taken of him dressed in clothes that, to many passersby, would imply he's homeless. "Only one lady was kind enough to give me some food. It was an experience I'll never forget."

The experience was apparently so unforgettable, he went around giving $100 bills to every homeless person he saw. (Whoa.)

What a class act, that Richard Gere.

It was published on the "Unofficial: Richard Gere" fan site's page (which, judging by its name, should have been a clue). Gere doesn't even have a Facebook account, as ABC News reported, so the direct quote used in the post's text was nothing short of a complete fabrication. (Man, the Internet these days.)

I'm sure whoever shared the post had good intentions. But the false post blew up a little too much for comfort, garnering more than 1.5 million Likes and 640,000 shares.

Did he get angry? Nah. He seized on the moment to speak out on homelessness (this time for real).

Photo by Dave Kotinsky/Getty Images for the 2015 Tribeca Film Festival.

The photo taken of him dressed as a homeless person was real, though. The actor had been in character for his new movie, "Time Out of Mind," released in September 2015.

Seeing as Gere doesn't have an official Facebook account, he used his co-star's — actor Jena Malone, who plays his estranged daughter in the film — to speak out on the matter:

"Hi, Richard Gere here. I was completely surprised to find that last week someone posted a photo of me on a Facebook fan page as a homeless man on the streets of New York that drew 1.6 million likes and over a half-a-million shares.

While the story that accompanied the photograph was somewhat fictional (especially the $100 hand-outs), it seemed to have touched something important in people. I'd like to find out what that is and what we can do together to make something good and meaningful happen for our homeless brothers and sisters.

The image was from Time Out of Mind, a film we released this fall, that follows a homeless man in New York City. I'd like you to join me for a conversation on the issue of homelessness and how it impacts your lives. The film's director Oren Moverman I will be taking questions live on Wednesday, 10/28 at 11AM ET right here on Jena's page, I hope you'll join us. We're excited to see what happens, PLEASE ASK QUESTIONS AND SHARE YOUR STORIES BELOW.

Talk to you soon, Richard"


Using the misleading post as an opportunity, Gere explained that he and director Oren Moverman would be chatting with fans about homelessness — which affects more than 578,000 people in the U.S., according to a 2014 report by the Department of Housing and Urban Development — in order to combat the crisis.

"I hope you'll join us," Gere wrote. "We're excited to see what happens."

Now that's how you deal with a fake Internet story.

And don't forget to check out the film (it looks incredible).