One of the world's biggest chemical companies is now using recycled plastic to build new roads. 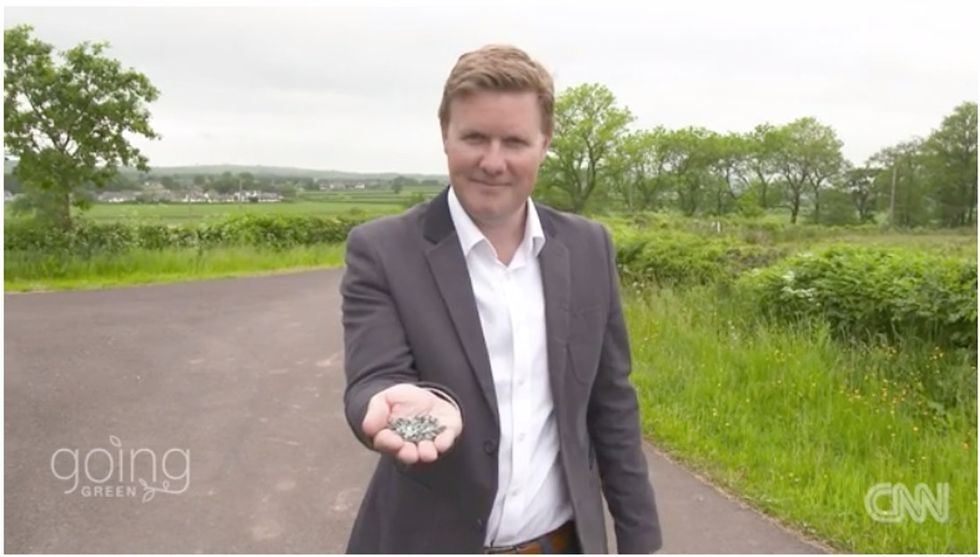 The planet has a massive problem with plastic.

On the macro level, the Great Pacific Garbage Patch, which lies between the coast of California and Hawaii, is made of 1.8 trillion pieces of plastic debris and is twice the size of Texas.

On a micro level, a recent study published in The Guardian found that microplastic pollution has been found “everywhere” they’ve looked, from the UK’s lakes and rivers to U.S. groundwater to the Yangtze river in China and off coast of Spain.

One of the world’s largest producers of the planet’s biggest nuisance, Dow Chemical, has found a practical way to reuse plastic, keeping it our of our landfills and oceans.

In 2017, the company began building roads using recycled plastic and its already saved 220,000 pounds from going into landfills.

It all started when Indonesia, the world’s second-largest contributor to marine plastic pollution, reached out to Dow for a solution to its problem. So Dow helped show the Indonesians how to convert their plastic into roads. The company then carried out similar efforts in Thailand and India.

India is building durable roads from plastic wastes and we are here for it! #Recycling #Upcycling #PlasticRoad… https://t.co/9469kmObN7
— SustyVibes (@SustyVibes) 1551949808.0

In addition to reducing pollution, plastic roads are also more durable than those built with asphalt. A 2015 study out of Denmark says plastic roads can last up to 50 years, three times longer than a traditional asphalt mixture.

Plastic roads are also more resistant to corrosion and weather than asphalt which may reduce the number of potholes.

Conversely, some environmentalists fear that heating the plastic to turn it into roads may release toxic fumes that are harmful to the Earth’s atmosphere.

Dow says its new roads are made with a combination of asphalt and plastic, but it won’t reveal the exact percentage of each material.

Plastic roads would help solve two major problems the United States is facing. It is the world’s twelfth-largest producer of marine plastic and is in need of a major infrastructure upgrade. When the Trump Administration finally gets to infrastructure week, this should be a top priority.

'Seeing a grown man get so excited about Capri Sun is extra wholesome.'

"Dee" the delivery guy stoked to get some Doritos.

Recently, one of the Barnetts’ delivery guys, a joyous fellow that we believe is known as Dee, went viral on TikTok because of his positive reaction to receiving some snacks during his deliveries. The snacks are tasty, no doubt. But it’s also wonderful to feel appreciated. After Toni posted the video, it received more than 100,000 views.

'But I know that this year is probably the last year we'll have our Elf on the Shelf, Peppermint.'

One of the best things about having children is being able to pass along your family traditions or starting new traditions. Many families let their kids experience the magic of fictional characters like the tooth fairy or Santa Claus. But eventually they get older and they slowly start to realize the truth.

For parents, this can be an emotional process because it signals that their kids are growing up and moving into the next stage of life—adolescence. Soogia, a mom on TikTok, perfectly explains her youngest child's gradual realization that things in her childhood have been "pretend."

Her hilarious monologue ignited a conversation between others living with the condition.

Sure, folks are talking about Keke Palmer’s epic baby bump reveal on “Saturday Night Live” because it’s a masterclass in comedic timing. Seriously, nobody does it like Keke Palmer.

But for those living with polycystic ovary syndrome (PCOS) and hoping to one day announce their own pregnancy, it became a much more meaningful conversation.

Joking that she would ”set the record straight,” the 29-year-old “Nope” star revealed a pregnant belly hidden underneath her trench coat, adding that it has been “the biggest blessing.” As fans were quick to note—this news is especially positive since Palmer has been open about her own struggles with PCOS.

Keep ReadingShow less
parenthood
Get stories worth sharing delivered to your inbox
By signing up you agree to Upworthy's privacy policy.
Trending Stories
Culture