Bradley Cooper and Jennifer Lawrence are in a fight ... for equality! 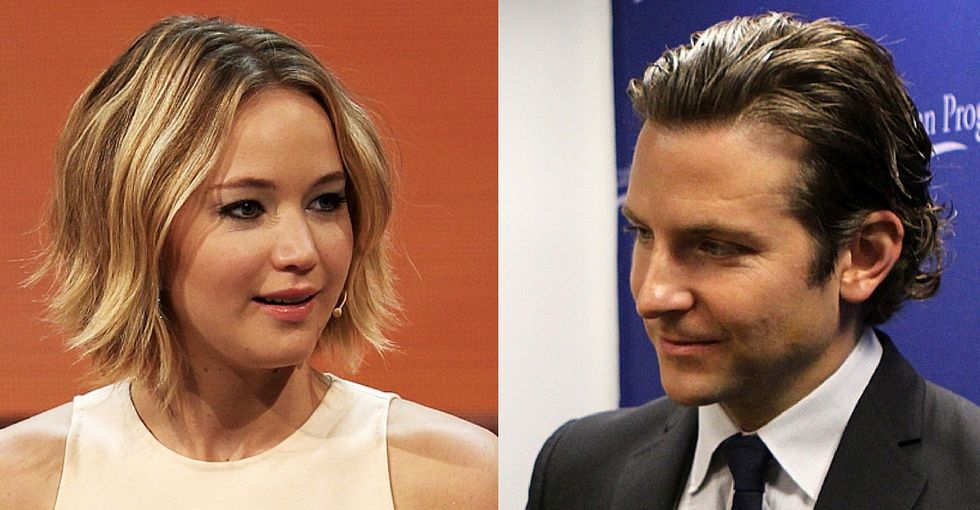 Actor Jennifer Lawrence wasn't the only one shocked to hear about the salary discrepancy between the male and female stars of "American Hustle." Bradley Cooper was shocked, too. (And he was making all kinds of money from it!)

Cooper is not into women being paid less than they deserve.

He's so INTO equality that he said he will share his salary info with his female costars.

This all came about thanks to a hack that revealed the percentages made by each actor in the David O. Russel film he starred in with Lawrence. The men all made 9% of the proceeds of "American Hustle" while the women got 7%.

Both of them were nominated for Oscars in "American Hustle," by the way. Image via "Silver Linings Playbook."

Cooper even mentioned that the amount Amy Adams got paid compared to him was "almost embarrassing."

The guy's legit mad about it. When asked about costar Adams making less than he did, he got real.

"Usually you don't talk about the financial stuff, you have people. But you know what? It's time to start doing that," he told Reuters.

Usually negotiations are handled in isolation and by finance people or agents. It's the way it's always been. But actors using their "financial people" has only resulted in the status quo: secrecy and a lack of honesty.

Cooper is ready to shake that status quo by taking the communications of the folks who usually make the salary deals for actors into his own hands.

And by making his own individual decision to make a change — he's going to make a difference in how his female costars are able to negotiate.

Bradley sees his costars as equal, and even though these ladies surely know their value already (let's be honest here, everyone in this saga is making millions of dollars), he's stepping up to make sure they know their full market value. How great is that?!

It's a cool example of an individual putting aside individual benefits for the ultimate benefit of working alongside his fellow actors as true equals.

Equality. It's a beautiful dance. Image via "Silver Linings Playbook."

I love this quote from Vogue's Michelle Ruiz because it applies not just to Holllywood, but to everyone who cares about equality in pay and in life:

"When it comes to salary equity, it's time to stop being polite. We can be quiet, or we can be equals."

It's surprising. But it's also SO awesome and kind. Go Bradley. <3 Image via "Silver Linings Playbook."

It's a call to us all to step up. Would you?