NRA spokeswoman Dana Loesch was fired and the internet is sending its thoughts and prayers. 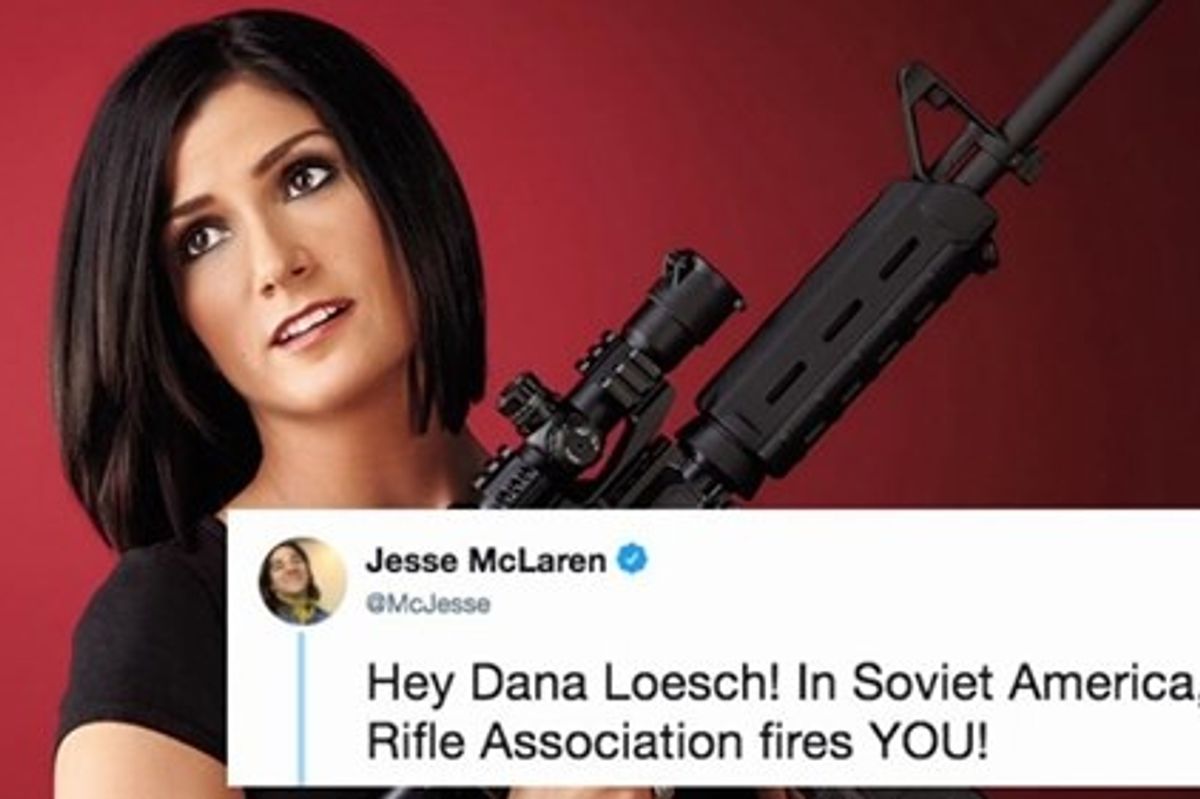 While to most people, the public faces of the National Rifle Association are those of the children hiding under their desks while a shooter runs through their school with a semi-automatic weapon, Dana Loesch was technically the organization's spokesperson, until this week.

The National Rifle Association is shutting down one of its propaganda arms, NRA TV, and with it, Loesch herself.

The New York Times reports that after severing ties with their marketing firm, NRATV will stop producing new content and its hosts "will no longer be the public faces of the N.R.A."

Oh no, who's going to tell us that kids getting murdered in school is just the cost of freedom now?

Loesch is most famous for getting owned by Parkland survivor Emma Gonzalez and then continuing to whine about the teens on Twitter.

Highlights from her NRATV tenure include putting KKK hoods on Thomas the Tank Engine and saying that she hopes the Mueller report is burnt in an "AIDS fire."

While Dana Loesch is trending because she was fired by the @NRA from NRATV, a reminder that she put KKK hoods on Th… https://t.co/DIrpB0DcAR
— Shannon Watts (@Shannon Watts)1561523370.0

The "tragedy dry humping whores" now have the last laugh.

Twitter is sending Loesch their "thoughts and prayers," even though now is NOT the time to be talking about her loss of employment.

Dana Loesch was fired by The NRA today, and when asked what she was going to do with all her free time she replied,… https://t.co/CF4yDoEuRp
— Justice Wainwright (@Justice Wainwright)1561528274.0

The gun lobby should now take a good, hard look at itself...and cease to exist.