Thousands of people spend months alone in a tiny cell. New York is doing something to fix that problem. 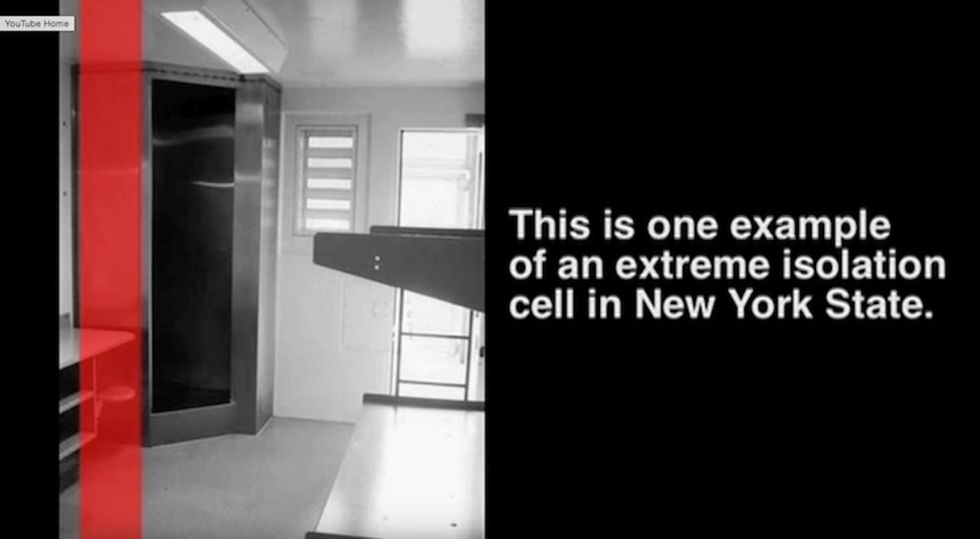 Almost 4,000 of them live in tiny cells the size of a bathroom, closed off from most human contact. It’s a troubling practice, which is why New York has decided to make some key changes to its solitary confinement rules.

A major lawsuit recently pointed out the horrific conditions of solitary confinement.

Based on that lawsuit, brought by the New York Civil Liberties Union, New York state will now be placing fewer prisoners in solitary cells. If they are placed in solitary, the folks will stay there for a shorter time, and they won’t have to face as many extreme conditions.

While this is an incredibly important step forward, it also demonstrates how much more work needs to be done to reform prisons in America.

The thousands of people serving time in solitary confinement on a daily basis wake up in a box that’s about 6 feet by 10 feet. They often spend their entire day without any human contact or even a book to read. And sometimes, they don’t even have access to palatable, nutritious food.

In New York, the average inmate who gets sentenced to solitary confinement will stay there for 190 days.

Let that sink in: Six whole months in the same tiny room with almost no one to talk to, nothing to do, and sometimes nothing nutritious to eat.

Typically, isolation is used as a disciplinary measure for prisoners who have committed infractions. But research has shown that forcing a prisoner to spend a lot of time alone in a room with no human contact and limited recreation doesn’t help to improve their behavior.

People who have served time in extreme isolation understandably have difficulty transitioning back to life outside a small cell. A report by the NYCLU also found that solitary causes "severe emotional and psychological consequences," which can lead to aggression and outbursts, both inside prison and when they’re released.

For the next five years, New York has committed to making prison isolation better.

Not perfect, but better. Here’s what’s that means, specifically:

1. Almost one-quarter of the inmates who are currently in solitary will be placed in different programs — ones that are safer, allow for human interaction, and are meant to rehabilitate the people involved. New York will operate under the premise that people who are developmentally disabled, addicted to drugs, or in need to behavioral therapy shouldn’t be denied the help they need.

2. The people who remain in solitary won’t be there indefinitely. For most disciplinary violations, there’s now a three-month cap on isolation.

3. And the actual experience of solitary confinement will be a little more humane, too. Some inmates will have more access to mental health services and therapy, and everyone will get to make occasional phone calls to family. Also, food can’t be used as punishment anymore.

People who are in prison are still people. And prisons are called "correctional institutions" for a reason: They’re supposed to help people rehabilitate.

That’s why New York’s decision to overhaul solitary confinement is so important.

It’s also why this overhaul needs to be the first of many, many steps.