Nebraska has made voting a lot better for everybody. It's a model for the country. 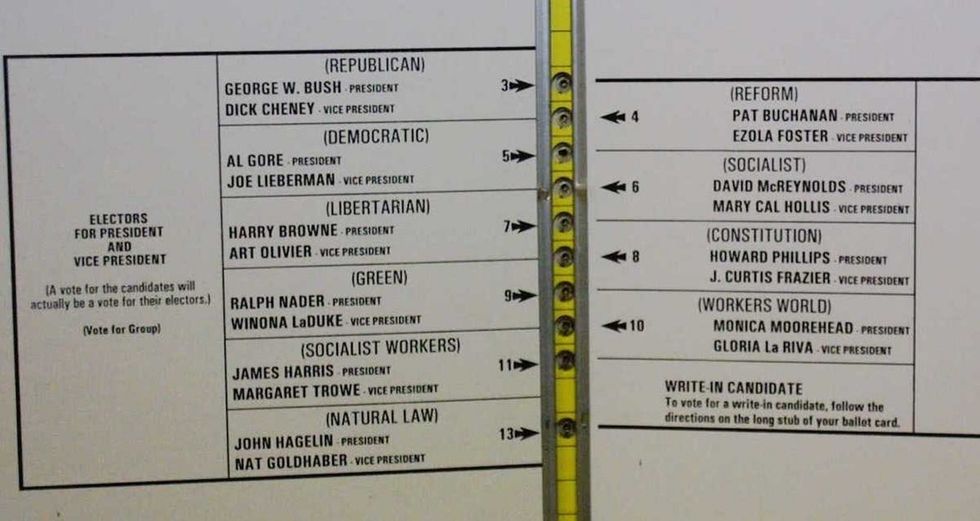 The primary system we use to choose candidates in the United States is broken, but there's a proven way to make it better.

A tiny fraction of possible voters get to choose who is actually running for office. It's what happens in most state and federal elections across the country; if you're a registered Republican, you get to vote in the primaries for that party. Democrat? Same.

But what if you're among the more than 40% of voters (and half of all millennials) who are independent?

In many states, you have to actually register as a member of a party in order to vote in the primary.

If registering as a member of a party you don't necessarily agree with on many issues rubs you the wrong way, join the club.

Image of the George W. Norris chamber via Nebraska Legislature.

Are there any solutions to this problem?

Some states, like Nebraska, have taken a different approach — and it's working much better.

John Opdycke, the president of Open Primaries, explained in a recent Atlantic interview, how this alternative system truly breaks the mold.

How so? Let's explore 3 ways they do that.

1. Open primaries, where anyone can vote for any candidate regardless of party registration

It means that candidates have to appeal to all voters, not simply the ones in their party, to end up on the final ballot.

2. A general election ballot without party affiliation where voters choose between the top two candidates.

It also means that the people get things they want accomplished by their lawmakers — despite political affiliations of the parties. In the case of Nebraska, a legislature comprised of 35 Republicans, 13 Democrats, and 1 independent accomplished a raise in the minimum wage, immigration reform, abolishing the death penalty, and raising the gas tax, among other things.

Imagine that happening in a state where the primaries are like they are for most of the country?

3. A non-partisan unicameral legislature where politicians work together

With no formal party alignments or caucuses, it allows coalitions to form issue by issue. This way, every bill gets an open and public committee hearing regardless of the member's party status.

Here's a short clip with some sound reasons why it's working for Nebraska.