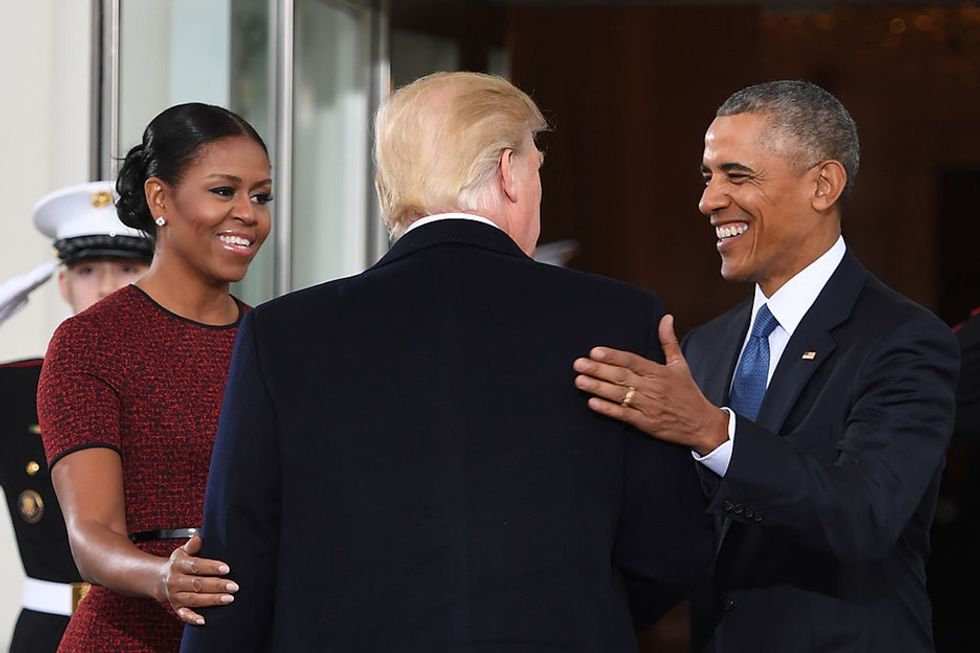 When Michelle Obama speaks, America listens. And she has a lot to say about how President Trump's willingness to embrace racist ideas and policies has not only affected America at large but had a direct, measurable impact on her family while they were in the White House.

First, there were the stories about her stadium filling book tour.

Earlier this week, she opened up about her miscarriage and how it affected her marriage to Barack Obama.

Michelle Obama on her miscarriage 20 years ago: “I think it’s important to talk to young mothers about the fact tha… https://t.co/7pOjwfJyoh
— philip lewis (@philip lewis)1541773900.0

And now, we’re getting the first excerpts from the book, which absolutely do not hold back on her feelings about President Trump.

In an excerpt obtained by The Washington Post, Obama talks about the impact Trump’s birther conspiracy theory had on her family. Yes, it was racist. Yes, it was hurtful. But it also sent a real wave of fear through their family and friends that is all the more relevant in today’s moment of highly politicized mass shootings:

“The whole [birther] thing was crazy and mean-spirited, of course, its underlying bigotry and xenophobia hardly concealed,” she writes.“But it was also dangerous, deliberately meant to stir up the wingnuts and kooks.”

But as she outlines in no uncertain terms, the potential fallout doesn’t end there:

“What if someone with an unstable mind loaded a gun and drove to Washington? What if that person went looking for our girls? Donald Trump, with his loud and reckless innuendos, was putting my family’s safety at risk. And for this I’d never forgive him.”

Obama has previously expressed her frustration with Trump but never in such explicit terms.

Trump was quick to respond when asked about Obama's comments, saying:

"She got paid a lot of money to write a book and they always expect a little controversy," adding, "I'll give you a little controversy back, I'll never forgive (President Barack Obama) for what he did to our US military. It was depleted, and I had to fix it."

Still, at the end of the day, there's no refusing the racist, conspiracy theory that was at the heart of his political rise. Without birtherism, there's be no President Trump. And without a President Trump, America might not be going through so many of the painful moments it is experiencing today.