If you wouldn't say it to their faces, don't type it. 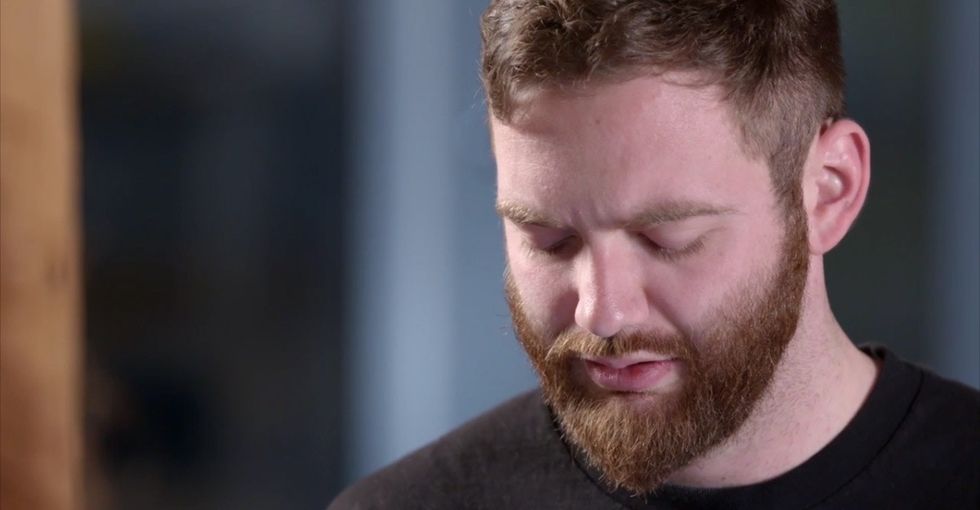 Trigger warning for discussion of sexual assault and violence.

Sportswriters Sarah Spain and Julie DiCaro sat by as men read some of the most vile tweets they receive on a daily basis. See how long you can last watching it.

*(Note: The men reading them did not write these comments; they're just being helpful volunteers to prove a point.)

It starts out kind of jokey but eventually devolves into messages like this:

All images and GIFs from Just Not Sports/YouTube.

These types of messages come in response to one thing: The women were doing their jobs.

Those wishes that DiCaro would die by hockey stick and get raped? Those were the result of her simply reporting on the National Hockey League's most disturbing ordeal: the Patrick Kane rape case, in which one of the league's top players was accused of rape.

DiCaro wasn't writing opinion pieces. She was simply reporting things like what the police said, statements from lawyers, and just general everyday work reporters do. In response, she received a deluge of death threats. Her male colleagues didn't receive nearly the same amount of abuse.

It got to the point where she and her employer thought it best to stay home for a day or two for her own physical safety.

The men in the video seemed absolutely shocked that real live human beings would attack someone simply for doing their jobs.

Most found themselves speechless or, at very least, struggling to read the words being presented.

Think this is all just anecdotal? There's evidence to the contrary.

The Guardian did a study to find out how bad this problem really is.

They did a study of over 70 million comments that have been posted on their site since 2006. They counted how many comments that violated their comment policy were blocked.

The stats were staggering.

From their comprehensive and disturbing article:

"Although the majority of our regular opinion writers are white men, we found that those who experienced the highest levels of abuse and dismissive trolling were not. The 10 regular writers who got the most abuse were eight women (four white and four non-white) and two black men. Two of the women and one of the men were gay. And of the eight women in the 'top 10', one was Muslim and one Jewish.

And the 10 regular writers who got the least abuse? All men.”

So what can people do about this kind of harassment once they know it exists?