MAC's unforgettable new makeup models have a beauty lesson for all of us.

And it has nothing to do with cosmetics. 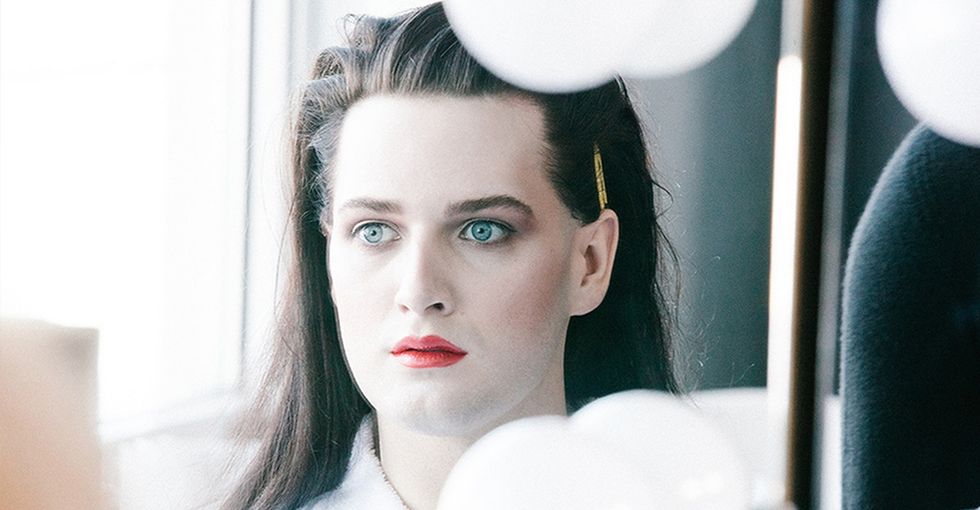 The models in MAC Cosmetics' new fall collection might look a little bit different from the faces you're used to seeing on makeup ads.

That's because they're normal people, just like you and me.

This fall, MAC launched its MACnificent Me collection with a campaign meant to highlight the styles and voices of six amazing people.

Meet Luzmaria and Tresor, two of the line's models this season. All photos provided by MAC and used with permission.

Thousands of models entered the contest, hoping to be part of this campaign. They submitted a photo of themselves along with a mantra about what makes them "MACnificent" and unique.

Ultimately, six contestants were selected as finalists in the contest. They were flown to New York City for makeovers and photo shoots.

Who are these models?

Wearing vampy purple lipstick, smoky eye shadow, and a blowout with some serious height, she has become one of the favorites of the campaign. Her headshot on Instagram got almost 42,000 likes and hundreds of supportive, encouraging comments.

Revealing the M•A•Cnificent makeover of Luzmaria, one of our incredible winners featured in our 2015 Fall Colour campaign! #MACnificentMe
A photo posted by M∙A∙C Cosmetics (@maccosmetics) on Sep 21, 2015 at 11:00am PDT

In her contestant video, Luzmaria talks about how proud she is to be modeling for MAC — not just because it's an amazing opportunity, but also because she knows the campaign can empower other women who may not feel confident because of their weight.

"Some people just think because you're overweight, you don't have feelings," Luzmaria said, while tearing up in MAC's finalist video. "But with this I'm going to prove — look, I don't have a gorgeous body, I don't think I'm beautiful, but look at where I'm at. I don't need a gorgeous body. It was really the inside that counted. I don't need to be size 2, skinny — I'm here."

The campaign also features Trésor, a transgender woman from Canada.

Having the courage to experiment with cosmetics, which eventually developed into an intensive study of makeup artistry, helped Trésor as she came out as trans, she wrote in Teen Vogue.

... and Vanessa and Selena.

They're all equally stunning and fascinating. You can watch all of their videos and check out their photos on the MACnificent Me website.

Props to MAC for introducing us to these amazing beauties who shine from the inside out.