Kevin Spacey chose a pretty terrible moment to come out as a gay man. 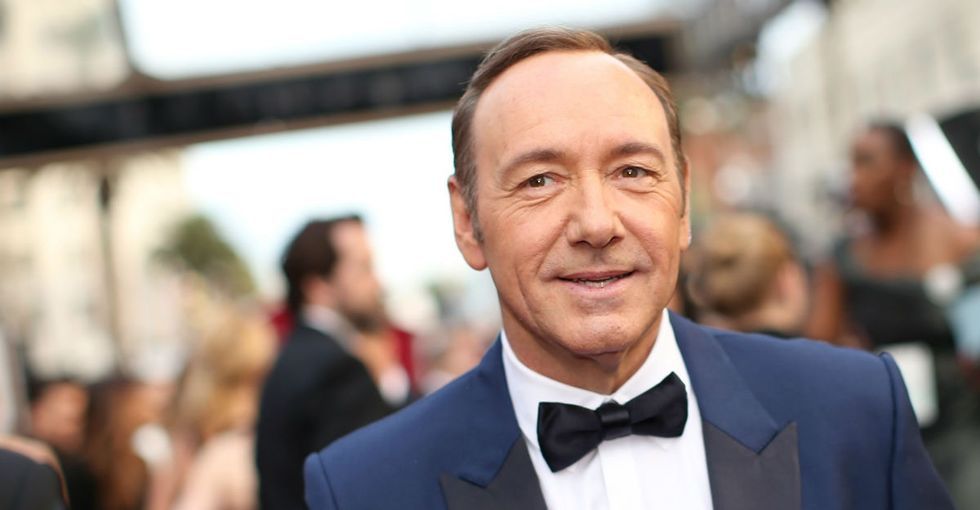 There's never a bad time to start living your truth as an LGBTQ person. But, as actor Kevin Spacey's watershed coming-out moment shows, there are certainly some not great times to share that news with the public — like, for instance, when you're protecting yourself against allegations you molested a teenager.

On Oct. 29, actor Anthony Rapp alleged Spacey had made unwanted sexual advances toward him when Rapp was a minor.

More than three decades ago, when Rapp and Spacey were both working on Broadway productions, Spacey had invited Rapp over to his apartment for a party. After the other guests had left, "[Spacey] picked Rapp up, placed him on his bed, and climbed on top of him, making a sexual advance," Rapp told BuzzFeed News.

Spacey would have been 26 years old at the time. Rapp was just 14.

Spacey, who didn't dispute Rapp's recollection of the incident, apologized in a statement Sunday night.

"I honestly do not remember the encounter, it would have been over 30 years ago," Spacey wrote, blaming any misconduct on "drunken behavior."

Spacey also chose to come out as gay in the very same statement — a move the LGBTQ community is not thrilled about.

"As the closest to me know, in my life I have had relationships with both men and women," Spacey wrote. "I have loved and had romantic encounters with men throughout my life, and I choose now to live as a gay man."

Normally, yes, coming out should be celebrated. But Spacey's decision to note he's part of the LGBTQ community in the same breath as he was deflecting allegations of sexual misconduct toward a minor was, as actor and comedian Billy Eichner wrote, "a bad time to come out."

Kevin Spacey has just invented something that has never existed before: a bad time to come out.
— billy eichner (@billy eichner)1509340502.0

Intentional or not, Spacey's statement could conflate being LGBTQ with being a sexual predator.

Many queer activists, like comedian Cameron Esposito, felt the need to make it crystal clear: Those two things are not the same.

The LGBTQ community has been fighting the myth that queer people are a danger to kids for decades.

According to the Southern Poverty Law Center, the idea that gay men are more likely to prey on children is one of the most pervasive and harmful myths associated with queer men. Leaning heavily on debunked "science," anti-LGBTQ advocates have (often successfully) pushed this backward narrative into the forays of public debate and politics. The late singer turned activist Anita Bryant, for instance, fought to overturn a Dade County, Florida, ordinance barring discrimination of gay people in 1977 by asserting LGBTQ people were a threat to children. She won.

As film critic Richard Lawson alluded, it's shameful political victories like Bryant's that illustrate why conflating queerness with predatory behavior is so dangerous.

Spacey's statement, muddying the waters between his life as a gay man, drunken behavior, and sexual predation, adds fuel to the fire for homophobes hungry for any anecdote that could be twisted to prove their point.

If you want to celebrate Spacey for finally coming out of the closet — just remember he could've done so at any time, in any way. He chose to do so now, in response to these allegations, and in a way that risks massive negative repercussions for the rest of the LGBTQ community. This story should be one about sexual assault and how to prevent it — not a famous actor's sexual orientation.