Kentucky just passed a major abortion ban. Here's how that could affect you. 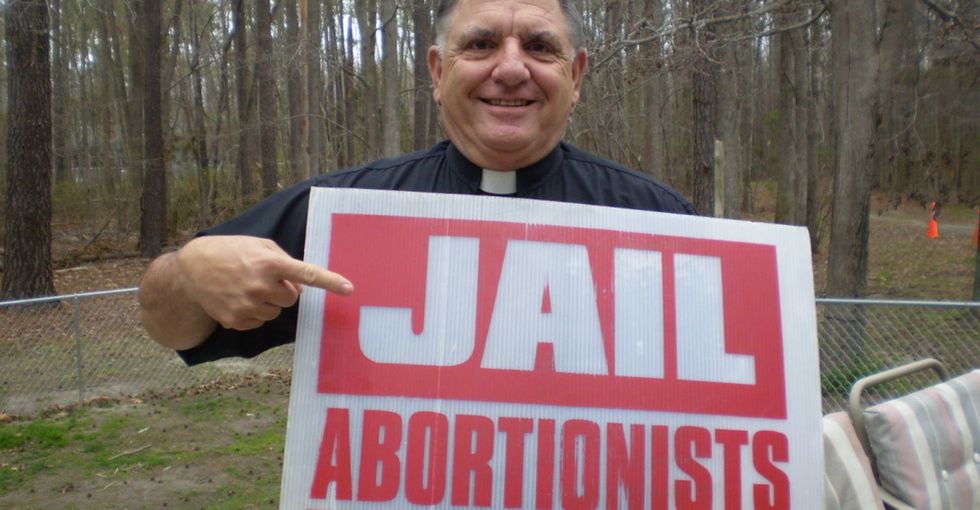 Kentucky Legislature just became one more in a growing line of states to pass a strict abortion ban.

Last night, the Kentucky state House passed a bill that would ban abortions after six weeks, otherwise known as a "heartbeat bill." What that means is any medical practitioner offering abortions would first have to check for a heartbeat, and if one is detected, they would not be legally allowed to perform an abortion.

As of now, there are only a few exceptions to the ban, for example, if the mother's life is in danger, but if someone is seeking an abortion because of a fetal diagnosis, the ban would stand.

The bill has now been sent to the Republican Governor Matt Bevin who will almost certainly sign it.

This so-called "heartbeat bill," is one of many that've been passed across the country in recent years.

Ohio was one of the first states to try and pass the bill back in 2011, and it's since been followed by states like Arkansas, Utah, Tennessee, Mississippi, Colorado, South Dakota and Louisiana. Similar bills have been considered by many more.

While bills of this nature are regularly being shut down in court because they're unconstitutional under Roe v. Wade, anti-abortion lawmakers aren't pushing them through for kicks — there's a strategy behind these mounting legislations across the country.

According to the ACLU, who immediately filed a lawsuit against Kentucky's abortion ban before it even reached Governor Bevin's desk, these bills are being introduced to get a court case in front of a now conservative-leaning Supreme Court. The hope appears to be to undermine the 40 year-old law that protects a person's right to an abortion at its epicenter, thereby making abortion access extremely difficult nationwide.

However, pro-choice organizations, like the ACLU and Planned Parenthood, are fighting these measures, and winning, in court. If you support reproductive rights, they need your help to keep it up.

It's easy to feel powerless when government institutions pass sweeping bans like this, but there's a lot you can do as an average citizen to make a difference.

You can also support groups that specifically make abortions more accessible, like the National Network of Abortion Funds (NNAF).

There's a reason the #MeToo movement has been so successful in bring sexual abusers to justice — there's power in numbers. It's may not be easy, but if you share your story on hashtags like #shoutyourabortion, you'll be in the company of so many other women hoping to normalize a human right.

Even if you live in a state that supports a person's reproductive rights, calling and making your feelings on abortion clear can help give your legislators ammunition to fight any abortion cases that take the national stage.

Are you angry about the attacks on our reproductive rights? Consider running for office. @emilyslist needs you! https://t.co/IdrSAAlldo
— EMILY's List (@EMILY's List)1485441297.0

Look what happened when the people in this country got angry about our rights being threatened. We got a record number of women seated in the House of Representatives.  We got the first openly transgender person elected to a United States statehouse.

We have the power to change things in the country, even in the direst of circumstances. All it takes is passion, a little effort, and the continued belief that we deserve better.