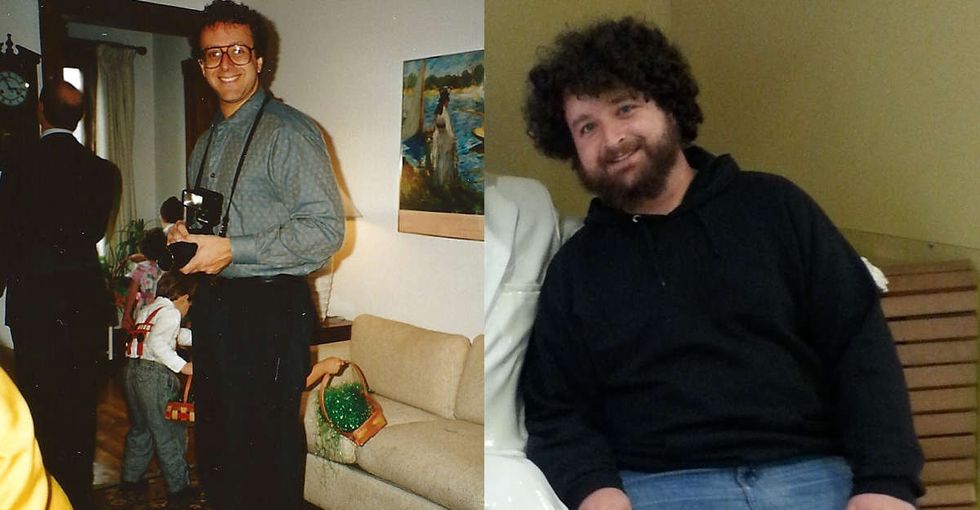 This article originally appeared on 06.21.16

"A man and his son are driving in their car when they are hit by a tractor-trailer.

(We were driving at the time, so of course this was the riddle he decided to tell.)

The son is badly injured. Paramedics rush him to the hospital.

As he is being wheeled into the operating room, the surgeon takes one look the boy and says:

How is that possible?!"

Without missing a beat, I answered:

"The doctor is his mom!"

My dad first heard the riddle when he was a child in the '60s.

Back then, most women didn't work outside of the home.

Few of those who did had college degrees, much less professional degrees.

Female doctors were few and far between.

By 1993, when I first heard it, the notion that women could be highly skilled, highly trained professionals wasn't so absurd.

To me, it was normal.

I knew women who were lawyers. Bankers. Politicians. My own doctor was a woman.

To be sure, women still faced challenges and discrimination in the workplace. And even 20 years later, they still do.

But at its core, the riddle is about how a family can work. And that had changed. Long-overdue progress had rendered the big, sexist assumption that underpinned the whole thing moot.

A very hard riddle was suddenly not a riddle at all.

I never forgot it.

My dad at 30 (left) and me at 30. Photos by Eric March/Upworthy and Mary March, used with permission.

I don't have kids, but I mentor a child through a volunteer program.

Once a week, we get together and hang out for an hour. We play ping pong, do science experiments, and write songs. Neither of us like to go outside.

It's a good match.

One day, we decided to try to stump each other with riddles.

He rattled off about five or six.

I could only remember one: The one about the man, his son, and the surgeon.

I thought it would be silly to tell it.

But a part of me was curious.

It had been 21 years — almost as long as it had been between when my dad first heard the riddle and when he shared it with me.

Maybe it wouldn't be so easy.

Maybe I was missing something obvious, making my own flawed assumptions about how a family could work.

Maybe the world had changed in ways that would be second nature to a 13-year-old but not to me.

"A man and his son are driving in their car, when they are hit by a tractor-trailer. The father dies instantly. The son is badly injured and is rushed to the hospital by paramedics. As he is being wheeled into the operating room, the surgeon takes one look at the boy and says:

How is that possible?!"

Without missing a beat, he answered: "it's his other dad"

Times change. Progress isn't perfect. But no matter what shape a family takes, at the end of the day, #LoveWins.

If the world of Dr. Seuss can teach us anything, it's that history is our best defense against modern tyranny.

This photo was taken of Theodor Seuss Geisel at the UC San Diego Library.

Did you know that in addition to being a beloved author of children's books, Dr. Seuss wrote more than 400 political cartoons during World War II?

Theodor Seuss Geisel, better known as Dr. Seuss, gifted the world with stories like "The Cat in the Hat," "The Lorax," "Green Eggs and Ham," and dozens of other childhood classics until his death in 1991.

In recent years, however, it's some of his lesser known works from the 1940s that have gained attention.
Keep ReadingShow less
Joy

Keep ReadingShow less
good news
Get stories worth sharing delivered to your inbox
By signing up you agree to Upworthy's privacy policy.
Identity

5 ways to support your trans friends when they come out.

If someone trusts you with news that they're trans, there are a few key do's and don'ts you should follow.

Some tools to help us stand beside people we love and support.

This article originally appeared on 03.09.16. It has been lightly edited.

For many gay, lesbian, bisexual, or transgender people, one of the most personal (and sometimes scary) experiences they'll go through is the "coming out" process.

Coming out means telling others of your status as an LGBTQ person. As society is becoming more accepting of people's sexual orientation and gender identity, coming out is getting easier all the time. Even so, for many, it's still a carefully calculated process that involves planning who, how, and when to tell people in their lives.