How did a tech-loving toddler lock his dad out of his iPad for 48 years? 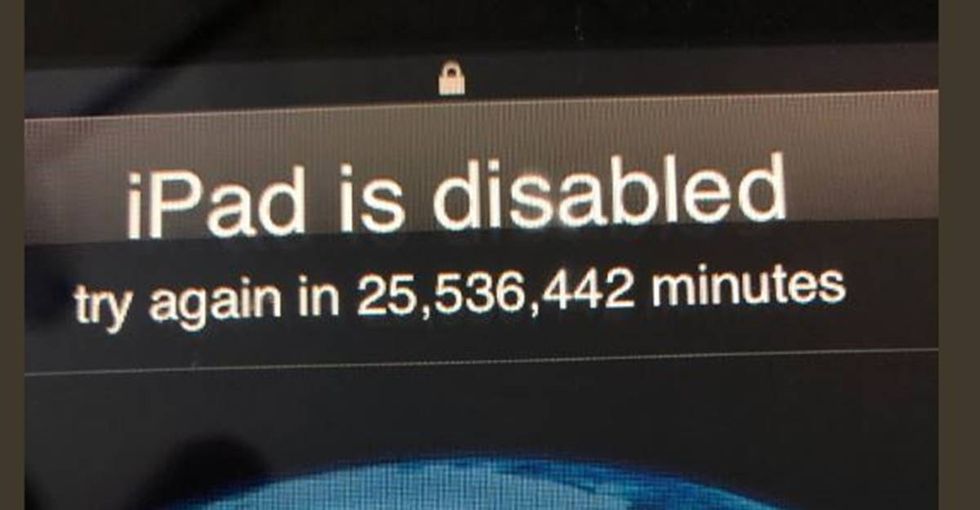 It’s scary how quickly small children figure out how to use digital technology. For some parents, by the time their kid hits seven, they’ve become the most tech-savvy person in the house.

But all techy tykes have to start somewhere. So when the three-year-old child of New Yorker writer Even Osnos couldn’t figure out the password to his iPad, they wouldn't stop trying.

Unfortunately, the repeated failed attempts locked Osnos out of his iPad for over 25,000,000 minutes, that's 48 years. By the time he could unlock it, the iPad wouldn't probably be obsolete.

Osnos was locked out of his iPad for so long because Apple has a security feature on the device that kicks in whenever an incorrect password is entered. After each failed attempt, the lock-out time gets longer.

That kid must have been banging on that iPad for hours.

After Osnos' appeal for advice, the folks of Twitter delivered, although not all of it was sensible and some chimed in with unsolicited parenting advice.

Three days later, Osnos bit the bullet and performed a system restore on his iPad, deleting all of the information stored on the device. Hopefully, he was backed up to the cloud.