How a 'wonky' version of Mr. Potato Head is raising awareness for food waste. 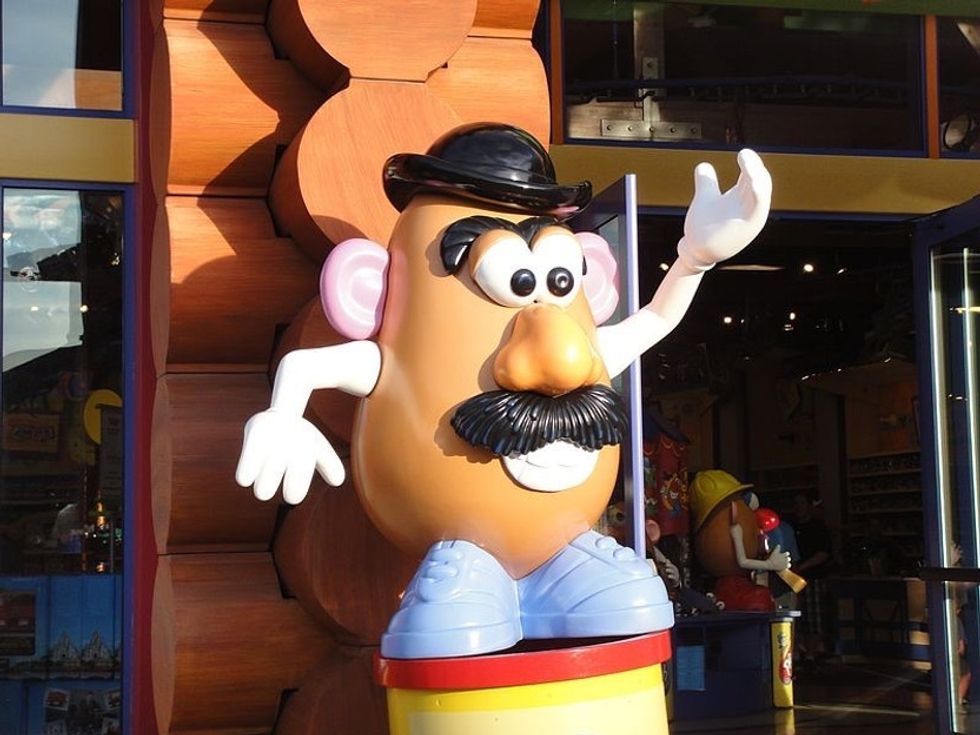 Picture this. You're at a grocery store and there are only two tomatoes left.

One of them is perfect. It's shiny and totally round. It has a perfect little green stem coming out the top. It looks like it belongs in a Caravaggio painting.

The other one is ... well ... weird. It doesn't have that perfectly round shape you love, and it doesn't look quite as shiny. Maybe it has a little crack on one side. You know it's perfectly fine to eat, but ... you buy the other one. The "perfect" one.

I'll admit those are some sexy tomatoes. Photo by Sean Gallup/Getty Images.

We've all done it. But have you ever wondered what will happen to that "ugly" tomato you leave behind?

In all likelihood, it will be thrown out.

In the U.S. alone, around 6 billion pounds of fruits and vegetables go unharvested or unsold.

Because of strict aesthetic standards placed on food manufacturers, as well as consumer behavior in the grocery store, "ugly" fruits and vegetables barely have a chance. They're either cast aside as soon as they come out of the ground, or left behind to be discarded.

That is why toy maker Hasbro decided to pull off a fun PR stunt for ugly foods, which involved a familiar face.

Specifically, the face of a familiar potato.

Hasbro decided to make it a little more "wonky."

That's right. Mr. Potato Head has gotten a makeover (or maybe the opposite of a makeover?) to raise awareness about food waste.

Toymaker Hasbro created this special item, which is for sale exclusively on eBay until July 3. And, as of this writing, it is sitting at 235 pounds (about $315), with over 40 bids. Proceeds from the sale of the wonky Mr. Potato Head will go to FareShare, a U.K.-based organization tackling food waste.

"We are very grateful that the proceeds from this unique Wonky Mr Potato Head auction will enable us to help those charities feed more people, and we’d encourage people to bid big," said Daniel Nicholls, FareShare's corporate development officer. "Every £1 we raise will mean we can provide enough food to make four meals for vulnerable and hungry men, women and children here in the U.K.”

Changing the face of a toy might seem like a silly thing to do, but it makes you think.

After all, he's not even that silly looking. I've seen a lot of potatoes that look just like that. I mean, you know, besides the bowler hat, eyes, and mustache.

Maybe next time you're at the grocery store, and you're faced with the choice of an "ugly" vegetable and a "perfect" one — you'll give the ugly one a chance.

Let's face it. Beauty standards are dumb and what matters is on the inside.