Honey on tap seemed like a good idea, but it could be flawed. Here's why.

Bees (and WE) have a problem. But is Flow Hive really the way to help? 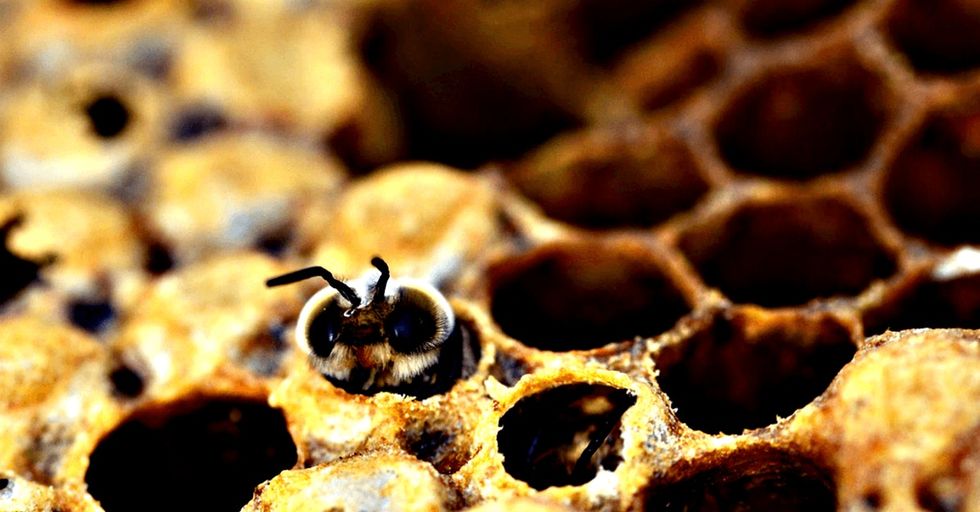 And that's a problem because we humans heavily rely on bees for the food we eat.

Many people have good intentions to help — including the inventors of the Flow Hive, who raised over $10 million on Indiegogo to bring the invention into reality.

Their premise is that making beekeeping easier for average consumers will attract more people to the hobby, thereby increasing bee populations and getting more people up to speed on why bees are important.

But some bee experts argue that it's the wrong kind of help and could do more harm than good.

Maryam Henein, the filmmaker and advocate behind "Vanishing of the Bees," lays out three big problems she sees with the Flow Hive.

1. Plastic Honeycombs: Bees create wax from their own abdomens. They have no use for the plastic.

"But instead of working with the wax comb they've created, the Flow Hive forces bees to deal with hormone-disrupting plastics that off-gas.

“Honey bees are able to recognize the smallest differences in wax composition but not polypropylene," adds Jonathan Powell, of The Natural Beekeeping Trust.

2. Nonexistent communion between bees and beings:

"If you just want honey, make friends with a beekeeper."

The Flow Hive is touted as a "beekeeper's dream." But in my opinion, it's a wannabe's fantasy. The point of beekeeping is to commune with the bees, not to further remove oneself from them. There's nothing like slowing down, with reverence and care, to peek into a hive and observe the virgin sisters of toil. Bees work themselves to death, so why should we have such easy access to their food?

"I always tell beginners in my workshops, there is only one real reason to keep bees, and that is because they are fascinating. If you just want honey, make friends with a beekeeper," says a beekeeper in Australia who goes by Adrian the Bee Man.

For $600, you get a full automatic bee farm. But many beekeepers I've spoken to believe that it's overpriced and unsustainable. Flow Hive actually costs more than a standard Langstroth hive.

Flow Hive has been described as a possible "key in keeping the world's bee population from further decline." Really? How so? This just makes honey collection simpler and easier. How does it help bees survive the issues they are currently grappling with? Like systemic pesticides and loss of habitat?

To quote Ricciardi once more, Flow Hive invites "lazy, hungry honey-eaters who are also terrified of being stung. It will create a generation of oblivious people who don't know the delicate mechanics of the beautiful hive."

Please note that no one is saying that these people are bad. But as they say, the road to hell was paved with good intentions, and "good inventions" too.

A big thanks to Maryam Henein, both for the above insight and for her permission to share it.

What is a true bee lover and helper to do?

Why not spend a day in a workshop at your local beekeeping co-op? They are all over and a quick Google search can help find your nearest hives. You could take your kids, go on an unforgettable date, or just entertain some friends.

Support local bee lovers by purchasing local honey for yourself and for gift-giving.

And commit to learning about the reasons why our honeybee population is so threatened right now.

It's not too late to start caring about our bees!