His Reaction When He Saw The Best Thing His Daughter Had Ever Created? My Heart Melted. 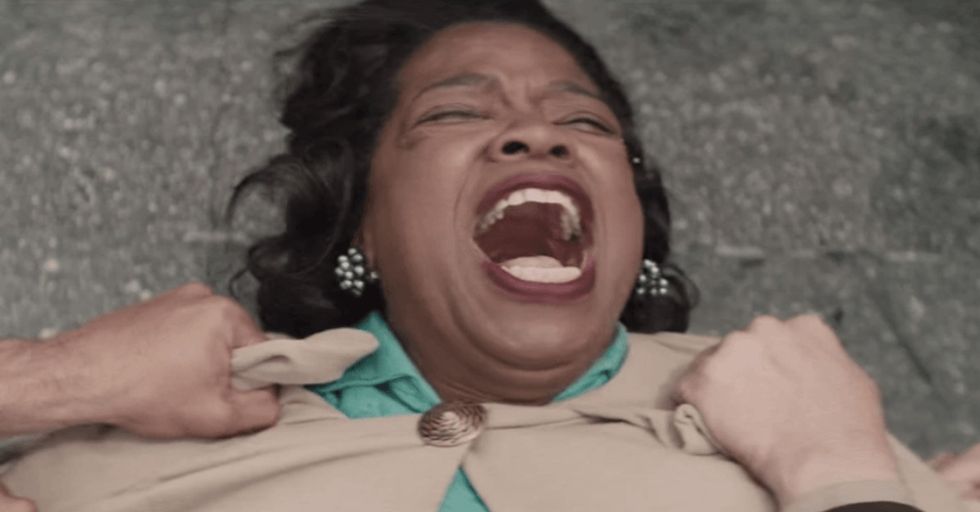 And this news just made my week.

Filmmaker Ava DuVernay made history not long ago as the first black woman to EVER be nominated for a Golden Globe Award as Best Director of a Motion Picture and Best Motion Picture-Drama, for the new film "Selma."

In an industry that's mostly dominated by white, male filmmakers, this news is undoubtedly groundbreaking. It will open the doors for many more women and directors of color.

In case you haven't heard of the film, it tracks an epic 54-mile civil rights march that was marred with violent opposition, blood, and tears. Led by Dr. Martin Luther King Jr., it trailed from Selma to Montgomery, Alabama. The purpose was to drum up support for the Voting Rights Act of 1965, which gave black people the right to vote*.

Check out the trailer:

So, getting back to Ava and the records she's currently breaking...

In addition to being the first black female filmmaker to be nominated in the category of Best Director of a Motion Picture, she's now the third black person to be nominated in that category (among Spike Lee, "Do The Right Thing," and Steve McQueen, "12 Years a Slave") and the fifth woman.

Here's what she had to say about why this rocks, especially because this film was so personal to her. At 1:07, she talks about how her dad reacted when he visited the "Selma" set.

She's so humble, right? If it were me, I might just stare directly into the camera and scream!

The Golden Globes have been around for 71 years, so it's about friggin' time.

*Clarification: While the 15th Amendment in 1870 technically prohibited the restriction of voting rights "on account of race, color, or previous condition of servitude," state and local laws effectively denied black people the right to vote until 1965, when the Voting Rights Act was enacted.