Helen Mirren says what every woman who's ever been on a crowded train has been thinking. 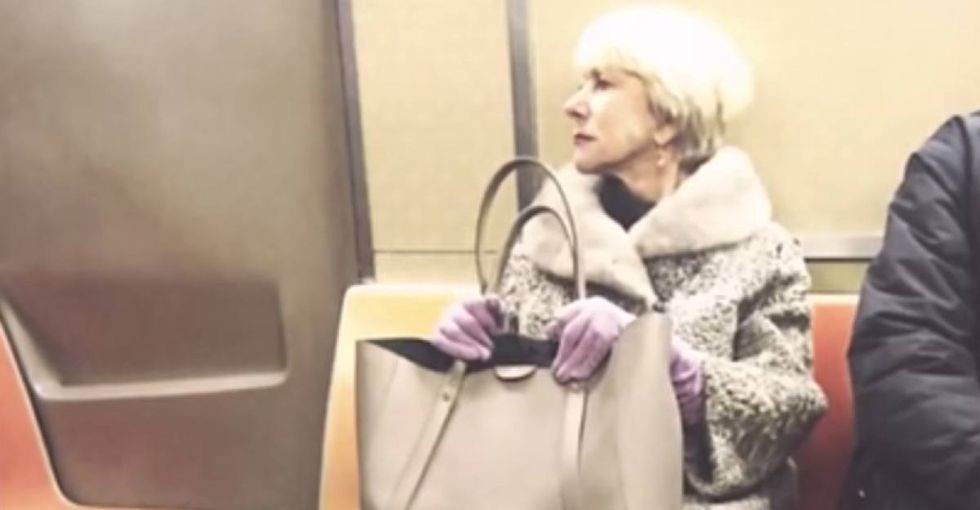 Earlier this year, Helen Mirren made news for doing something more than 8 million people do every day: ride the subway.

Elegant! Courteous! (Notice that she keeps her bag in her lap and not on its own seat?) Wonderful simply because Helen Mirren!

But wait, what's this?

Are you really going to manspread all over Dame Helen Mirren?

She has four Emmys, an Oscar, two Golden Globes, and a BAFTA award. The absolute least you could do is let her have her whole seat. (This is something you should do even if your neighbor doesn't have a wall full of awards. They need their space just as much as you need yours.)

Let's see what she has to say about manspreading.

On "The Tonight Show With Jimmy Fallon," Mirren gave her thoughts on the photo and the phenomenon that has come to be known as "manspreading."

First, let's break it down.

Poor Jimmy Fallon tried to jump in, but she simply wasn't having it.

No, they didn't "ban" manspreading. They just asked their riders to stop being inconsiderate, space-hogging monsters (too harsh?).

Because, really, there's no reason to sit like that. Or, as Helen says: