This is why talking about women's experiences is so important. 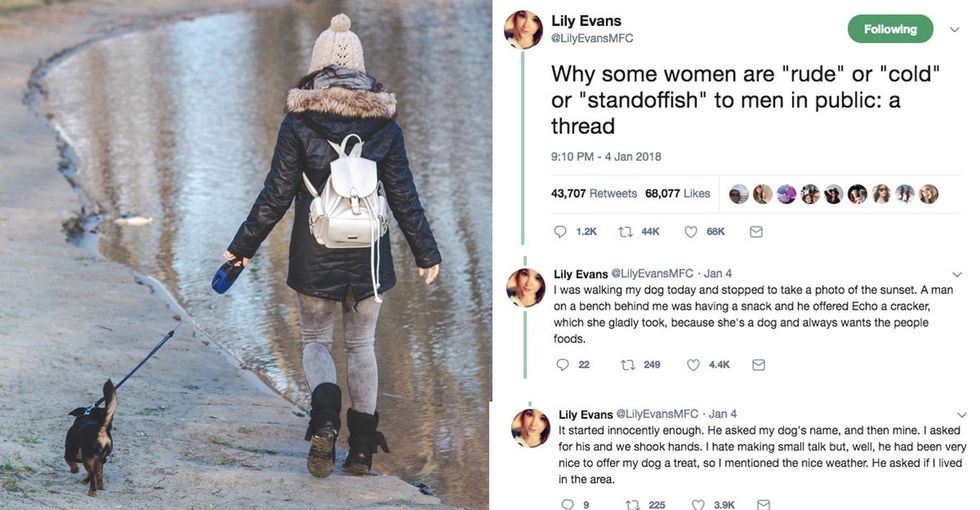 This article originally appeared on 07.18.19

Ariana Grande wows TikTok with a stunning, stripped down cover of 'Over The Rainbow'

Grande is even currently filming a live adaptation of the musical “Wicked."

This pink sweater is everything.

Ariana Grande might be best known as a pop queen, but her musical theatre talents run deep. She was a performer on Broadway at the age of nine, long before she began racking up Grammys. And even throughout her adult career, she’ll wave that theatre kid flag once in a while, as she did for NBC’s “Hairspray Live!”

Grande is even currently filming a live adaptation of the musical “Wicked,” playing the role of Galinda, aka Glinda the Good Witch. While the movie might not release until Christmas of 2024, the singer treated fans to an early taste of Oz with a gorgeous rendition of “Somewhere Over The Rainbow,” originally sung by Judy Garland in the 1939 film “The Wizard of Oz.”

Keep ReadingShow less
relationships
Get stories worth sharing delivered to your inbox
By signing up you agree to Upworthy's privacy policy.
Identity

"As long as they're denying my claims for my services on that ground, they can do that to any trans healthcare provider of any type."

Insurance companies can withhold pay for trans doctors and one doctor is fighting back.

Insurance companies can be a frustrating maze for consumers and for providers. It's not uncommon to call the number on the back of your insurance card and get a different answer every time you call with the same question. But for Dr. Tiffany Najberg, the fight with the insurance companies is a bit more personal.

Najberg is a transgender woman who has run into a multitude of problems in the insurance claims world—not as a patient, but as a provider. After changing her name legally and updating all of the required information on official websites, including the Council for Affordable Quality Healthcare and the National Plan and Provider Enumeration System, two websites insurance companies look at to verify providers' credentials and ability to practice, her claims have been denied.

Several times during the surgery, the patient played the theme song from "Love Story" by Francis Lai.

"Awake surgery" allows brain surgeons to see the functioning parts of the brain to avoid during surgery.

This article originally appeared on 10.17.22

Do you ever step back and marvel at the miraculous things human beings have figured out how to do?

Less than 200 years ago, no human being had ever played a saxophone, there was no such thing as anesthesia and if you had even a simple brain tumor, you were just out of luck.

Now, a team of doctors in Italy has successfully performed a highly complex, nine-hour brain surgery on a man while he was awake and while he played the saxophone. Not only that, but the patient reported feeling "tranquility" during the surgery and only spent a few days in the hospital after the surgery before being discharged.