He asked how to confront his racial bias. She responded with a powerful gesture. 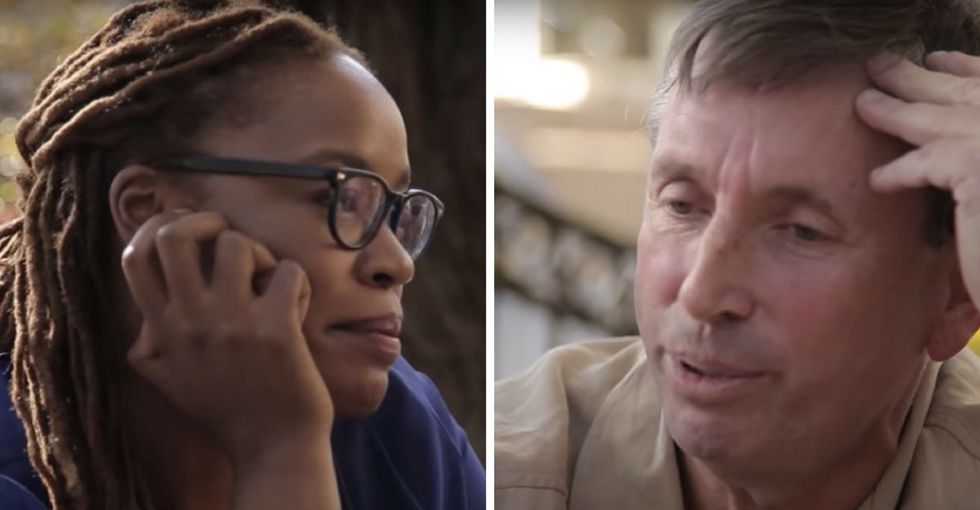 Garry Civitello called into C-SPAN with his heart and insecurities on his sleeve.

Civitello, a white man from Asheville, North Carolina, wanted to speak with Heather McGhee, a black woman and president of Demos, a public policy group working to promote democracy for all. But his question wasn't specifically about public policy. It was about what he could do to be a better person.

"I'm a white male, and I'm prejudiced. What can I do to change, you know, to be a better American?"

McGhee was initially caught off guard by the question but took an opportunity to respond from the heart:

"I told him thank you, and I just came up with some thoughts about how he could integrate his life and learn to have more empathy and compassion."

For Civitello and others looking to make a change, McGhee offered a few places to start. From getting to know black families to asking tough questions of himself and others.

Before long, video of their brief exchange was viewed more than 8 million times.

McGhee saw a unique opportunity to build on their conversation.

She traveled to North Carolina to meet with Civitello, and the two had a positive discussion, asking each other questions and learning about their backgrounds and experiences. For both, the opportunity to grow and learn from each other was a powerful thing.

"When you get to know people, usually your fears were unjustified," Civitello said.

Regardless of our backgrounds, all of us have biases to confront.

But when we confront those insecurities head on, we can grow and change for the better. It starts with moving outside our own comfort zones and challenging norms.

As Civitello and McGhee revealed, the conversations are tough but necessary.

"It's just something that we don't practice, and taking that first step is the hardest thing," Civitello told McGhee.