Hayden Panettiere is checking herself into treatment for depression. Here's why it's a big deal. 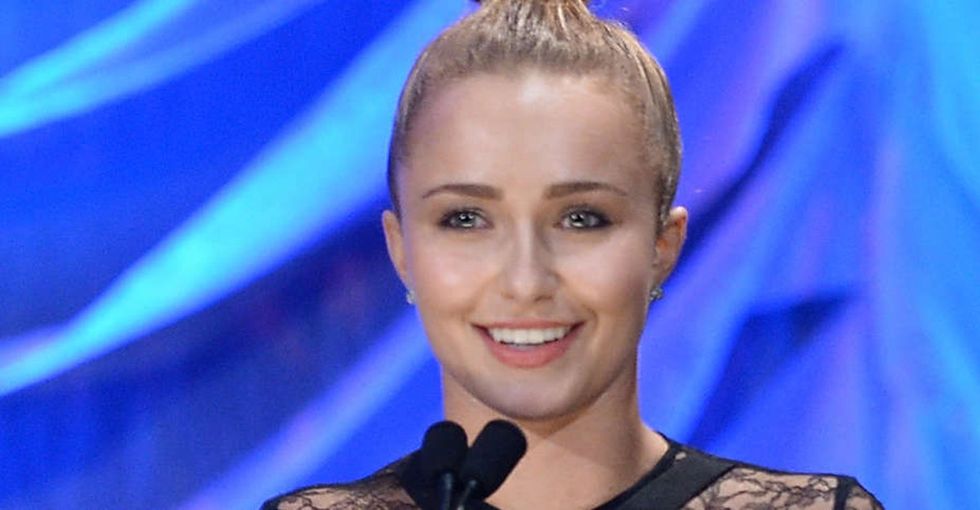 "Nashville" star Hayden Panettiere has been open about her struggles with postpartum depression after giving birth to her first child last year.

"It's something that needs to be talked about," Panettiere said in a recent interview on "Live! With Kelly and Michael."

What is postpartum depression?

According to the National Institute of Health, while it's normal to feel periodic sadness after giving birth, when the feelings don't go away or kick in more than a month late — that's postpartum depression.

Yesterday, Panettiere announced she was taking a bold step: getting help.

According to an E! News report, the actor checked herself to a facility to try and get the help she needs to fully recover. Her rep said this:

"Hayden Panettiere is voluntarily seeking professional help at a treatment center as she is currently battling postpartum depression. She asks that the media respect her privacy during this time."

One big reason we should care:

Many people still equate suffering from depression with "being depressed," "having a bad day," or "just being sad" and expect those who suffer from it to be able to simply "snap out of it," the way you would a regular mood. Many who struggle with mental illness report feeling misunderstood and that their experiences are minimized, ignored, or dismissed.

Last month, Panettiere admitted she was experiencing this difficulty in the interview with Kelly Ripa and Michael Strahan.

Many employers still discriminate against people with mental health issues, making it even harder for people suffering from them to openly seek treatment.

Scientific American notes a 2010 survey found 40% of British employers consider mental illness a "risk" factor in a potential job candidate. In the U.S., the Americans with Disabilities Act prevents such discrimination in theory, but not so much in reality. A 2001 study published in Ohio State Law Journal calculated that around 90% of plaintiffs who bring suit against their employers for violating the law — whether for discrimination regarding physical or mental disabilities — ultimately fail to prove wrongdoing.

Panettiere deserves a lot of credit for getting the support she needs.

It's not easy to admit you need help, especially for someone as constantly-in-the-public-eye as Panettiere. But mental illness, like any illness, requires professional treatment. And Panettiere is setting a terrific example by reminding people they shouldn't be afraid to seek it — and challenging those who would judge them for it.

As she put it in a recent interview:

"Women need to know that they're not alone, and that it does heal."