Experience 60 seconds of how it feels to live with autism.

Sensory sensitivity is just one battle someone with autism may face every day. 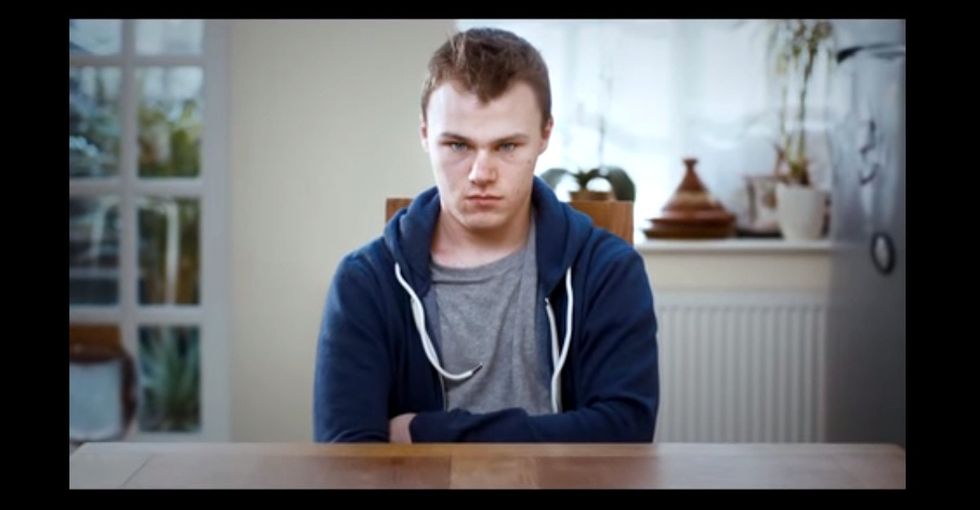 Certain things can drive me up a wall.

Make it stop already! GIFs via the National Autistic Society/YouTube.

Or deafening, nonstop police sirens outside my window that just. won't. quit.

That's why a video made by the U.K.-based National Autistic Society really struck a chord with me.

For the first time, I was able to get a glimpse into the world as it's experienced by many who have autism or autism spectrum disorder (ASD) — a developmental condition that can hinder a person's social, emotional, or communication skills.

A lot of these folks experience sensory sensitivity, which makes it hard to process sensory information like sounds, sights, or tastes.

For someone who has ASD, a sound (like those obnoxious police sirens I mentioned earlier) can be magnified and distorted. Or a fabric used for everyday clothing might feel very uncomfortable to the touch.

To people without sensory sensitivity, those police sirens may just be annoying. But for someone with autism, hearing them could be downright painful.

Autism is more than just sensory sensitivity, though.

In case you don't know too much about ASD, here are some basic facts:

Watching a one-minute video on sensory sensitivity certainly doesn't mean I know what having autism feels like...

...especially because having ASD can mean many different things to different people.

But watching the PSA below can really spark empathy for those who experience the world a bit differently than many of us.

Check out the video by the National Autistic Society below: