Everyone's trolling Fox News for trying to trick people into thinking the border is a war zone. 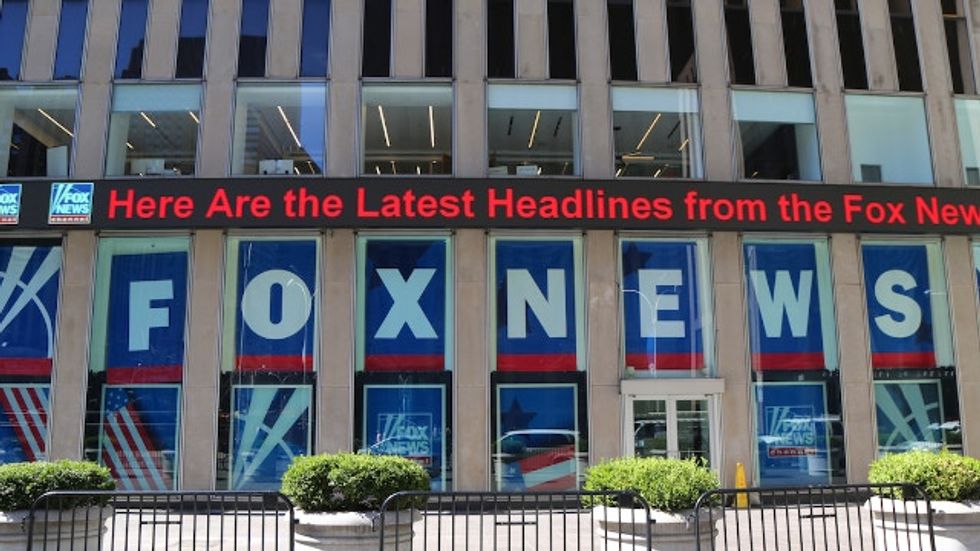 Happy Friday! The 9-5 work week is coming to a halt and soon you will be able to relax and call the shots on your own terms. But first, you must know that Fox News is getting massively trolled, and the memes are top notch.

The most recent wave of backlash comes in response to a tweet and photo posted by Fox News contributor Lawrence Jones III, wherein it looks like he's preparing to enter a war zone. The picture was taken near the border, and was undoubtedly posted to create fear mongering around immigration.

It wasn't long before MSNBC correspondent Jacob Soboroff chimed in to point out the obvious: you don't need a bulletproof vest at the border.

This is totally ridiculous. I have never once worn a bulletproof vest at the border, nor has CBP ever asked me to… https://t.co/spRCNz1eL1
— Jacob Soboroff (@Jacob Soboroff) 1554394462.0

While many asserted he's not wearing a real one, the appearance of the photo feels very intentionally staged as propaganda, and there will undoubtedly be people who believe it's real.

It didn't take long for the photo to get attacked by a fleet of unflattering comparisons, and the explosion is beautiful.

There's even photo documentation suggesting Jones didn't wear the tactical vest after the photo was taken, which just confirms it was all for appearance.

@ifindkarma @jacobsoboroff The best part is that @LawrenceBJones3 said CBP made him wear it, yet when the cameras w… https://t.co/wmYDJsut8F
— Travis Akers (@Travis Akers) 1554411393.0

Other reporters also chimed in to share the times they covered the border without need of protective clothing.

But the best responses to the tweet absolutely came in the form of meme'd versions of the photo. This is a true thread full of art.

Whatever you do this weekend, it's safe to assume you'll be getting roasted less than Jones.

This article was originally written by our partners at someecards and was written by Bronwyn Isacc.