Ellen used 'Finding Dory' to send a vital message to Trump about immigration. 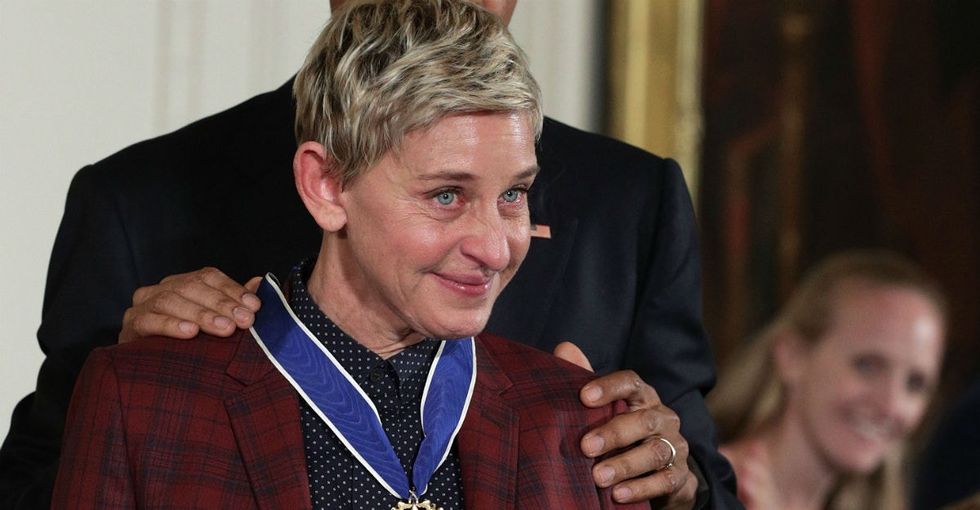 The travel ban, which barred refugees and green card holders, was far-reaching and deemed unconstitutional or illegal by many — including Attorney General Sally Yates, who was fired shortly after announcing that she would not enforce the ban.

The very next day, the president held a screening of the film "Finding Dory" for White House staff and their families.

When Ellen DeGeneres, who voices the film's titular forgetful fish, heard about the screening, she decided to bring it up on her talk show.

"On Friday, the president gave an order banning people from seven countries from entering the United States," she explained. "Then on Saturday [Jan. 28], the president screened 'Finding Dory' at the White House. I don’t get political, but I will say that I am against one of those two things."

DeGeneres — in completely "nonpolitical" fashion, of course — then explained to her audience the plot of "Finding Dory," which felt eerily familiar:

"Dory arrives in America with her friends, Marlin and Nemo, and she ends up at the Marine Life Institute behind a large wall. And they all have to get over the wall. You won’t believe it, but that wall has almost no effect in keeping them out."

...Yeah, that doesn't sound at all similar to what Trump has promised to do along the American-Mexican border...

"They help her even though they’re completely different colors, because that’s what you do when you see someone in need," DeGeneres continued.

"That is what I hope everyone who's watching 'Finding Dory' has learned," DeGeneres concluded.

As Dory's story reminds us, sometimes it's best we revisit the simple lessons we learned as kids to help us figure out what to do during complex crises as adults.

Millions of men, women, and children have been displaced by war in Syria. They lack access to even the most basic of necessities, like food, water, and shelter — not to mention other vital services, like counseling and attending school. They desperately need our help.

While sometimes the best thing to do when times get tough is to "just keep swimming," sometimes we all need a leg up. For refugees around the world, that time is now.