Early heavy metal fans grew up, and a new study shows they're doing better than their peers. 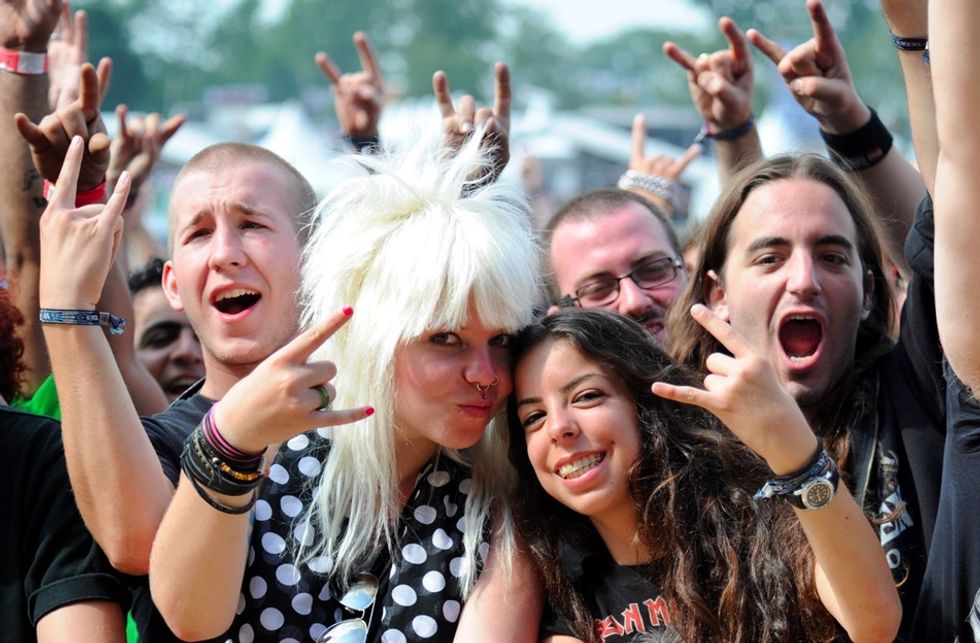 Heavy metal made its loud, raucous debut in the 1970s, scaring the crap out of some people, especially parents.

Alice Cooper is here and his snake is hungry for innocent children. Photo by Keystone/Getty Images.

As with any major shift in popular music, heavy metal was adored by teens and feared by their parents. Concern was abundant, especially after studies in the 1980s suggested young metal fans were at risk for poor developmental outcomes.

But no one bothered to see what happened to "metalheads" when they grew up — until now.

Researchers from Humboldt State University conducted surveys with 377 people, including 154 who self-identified as metal fans, groupies, or musicians in the 1980s, to see how life turned out for former headbangers.

Turns out, much of that worry and fear was misplaced.

When it comes to satisfaction with life, apparently metal musicians and fans have a leg up on their peers.

Looking back on their youth, metal fans reported being significantly happier than their peers.

They were also less likely to live with regrets.

While metal fans and musicians were more likely to engage in risky behavior (think sex, drugs, and rock 'n' roll), they were also less likely to regret the experiences of their youth, with around 33% reporting having regrets, compared to 51% of non-metal fans.

Metal fans scored high in terms of identity development and community building in adulthood, too.

Research findings suggest metal fans felt a kinship within the metal community. These familial connections contributed to a strong sense of self and may have insulated them from the problems many young people face during adolescence, like low self-esteem.

While the results are in, there's plenty more to study, especially when it comes to music fans of color.

Though they were dismissed by mainstream society, 1980s metal fans were still predominately white. The authors of the study suggest an additional exploration of hip-hop fans, who don't necessarily have the benefit of white privilege.

"Youth of color have to not only struggle with their own personal search for self, but they must cope with the knowledge that they will never be truly accepted by the larger culture in which they live," the authors of the study said.

But for now, proceed to rock and roll all night.

And while you're at it, party every day. After all, it could be good for your health.