Dustin Hoffman breaks down crying explaining something that every woman sadly already experienced.

He has a frightening realization about what it's like being a woman and barely keeps it together explaining why. 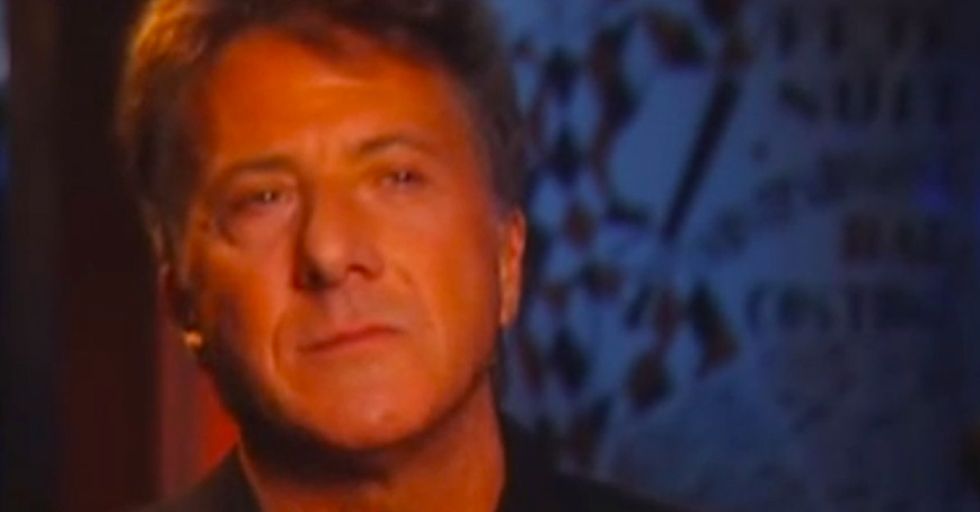 Back in the day, for those of you younger folk, Dustin Hoffman made a movie called "Tootsie." It was a hilarious and touching movie about an actor who can't get a gig, decides to become a woman to see if it helps, and scores a role on a soap opera. Hilarity ensued. But it was more than just a comedy. Here's why.