Divorcee's heartfelt ‘moving out’ post on Craigslist is giving people all the feels. 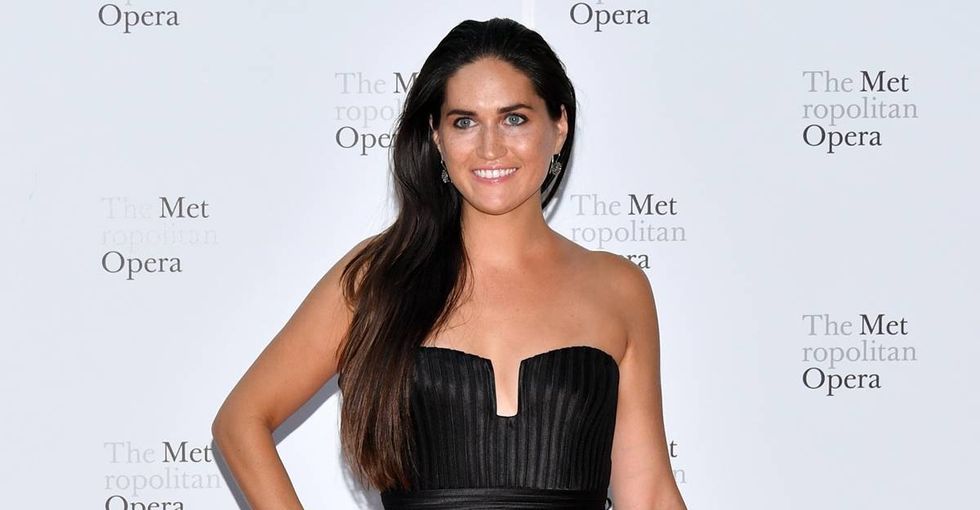 “Live. Hurt. Heal. Repeat. New York City is no longer for me; I’ve done what I came here to do. I’ve grown up and I've outgrown it and now I’m tired of stepping over shed skin,” Jessica Ciencin Henriquez wrote in a Craigslist post for her ‘Moving Out is Hard to Do Sale’ happening in June.

Two years ago, writer and editor Henriquez divorced actor Josh Lucas and moved into an apartment with her six-year-old son. Now, she’s leaving the city, but not without one final goodbye to the possessions that are intimately linked to her relationship.

Henrququez’s dramatic, revealing descriptions of the items she’s selling are connecting with people because they show how emotional memories are projected onto our belongings, even when it’s time to move on.

“No sex was had in this bed,” she wrote in a description for her queen-sized mattress. “I bought it at the beginning of my year of celibacy."

“I believed that maybe I could start over with another someone who was capable of loving me like I deserved to be loved,” she added. “Anyway, this mattress has no stains, no damage, and the tears have dried.”

“I brought it home when I was seven months pregnant,” she said in a description for a rocking chair. “The father and I went to the store, determined to choose the perfect furniture for our first (and only) child."

“We walked up every aisle and sat in each option they had, laughing at how seriously we were taking this one task,” she added. “But that baby grew up, and that marriage ended. I can no longer justify dragging this beast of a rocking chair from house to house.”

“For years, I had only one coffee mug,” Henriquez wrote in an ad for a set of four coffee mugs. “A friend came over one day and laughed at the single mug in my cabinet and then forced me to order more from Amazon. ‘There will be other people in your life that drink coffee, hun.’ That’s what she said. Hun.”

“I sat my son on top of this table and let him play with matchbox cars because he said please with the sweet voice he knows will break any rules I’ve made,” she writes while describing a mid-century modern dining table.

“Also because I’m a cool mom and cool moms don’t mind someone sitting on the table and playing with cars because cool moms are too busy figuring out how to rebuild their lives to worry about little things. There’s now scratches on the table top, I imagine they’re easy to fix, but I’ll never know because I’ll never bother trying.”

According to the BBC, Henriquez was bombarded with over 900 messages after the posting went live. “People are connecting with the notion that the things that we own come with a story,” the writer told the BBC. "They're connecting with what it means to move on and start over.

“I couldn't imagine listing those things without capturing the importance of how they helped me to reclaim my life,” she said.

She made him act out his reaction to seeing the photo, saying he was "speechless," and when she looked at the photo she started crying. McLeodd recognized her mother because of the pictures Menzies keeps in her room. Cue the "awws," because this is so cute, I'm kvelling.
From Your Site Articles
Health

A simple idea with big impact.

A simple solution for all ages, really.

School should feel like a safe space. But after the tragic news of yet another mass shooting, many children are scared to death. As a parent or a teacher, it can be an arduous task helping young minds to unpack such unthinkable monstrosities. Especially when, in all honesty, the adults are also terrified.

Katelyn Campbell, a clinical psychologist in South Carolina, worked with elementary school children in the aftermath of the Sandy Hook shooting. She recently shared a simple idea that helped then, in hopes that it might help now.

The psychologist tweeted, “We had our kids draw pictures of scenery that made them feel calm—we then hung them up around the school—to make the ‘other kids who were scared’ have something calm to look at.”

For Teachers/Therapists: I worked in a CT elementary school when Sandy Hook happened.

What helped: We had our kids draw pictures of scenery that made them feel calm—we then hung them up around the school—to make the “other kids who were scared” have something calm to look at.
— Dr. K8 PsyD (@psych_k8) May 25, 2022

“Kids, like adults, want to feel helpful when they feel helpless,” she continued, saying that drawing gave them something useful to do.

It can be hard to find hope in hard times, but we have examples of humanity all around us.

As the U.S. reels from yet another horrendous school massacre, barely on the heels of the Buffalo grocery store shooting and the Laguna Woods church shooting reminding us that gun violence follows us everywhere in this country, I find myself in a familiar state of anger and grief and frustration. One time would be too much. Every time, it's too much. And yet it keeps happening over and over and over again.

I've written article after article about gun violence. I've engaged in every debate under the sun. I've joined advocacy groups, written to lawmakers, donated to organizations trying to stop the carnage, and here we are again. Round and round we go.

It's hard not to lose hope. It would be easy to let the fuming rage consume every bit of joy and calm and light that we so desperately want and need. But we have to find a balance.

These two tricks will clear your stuffy nose instantly