Continuing her streak of being LGBT-positive, Demi Lovato made a pretty awesome move. 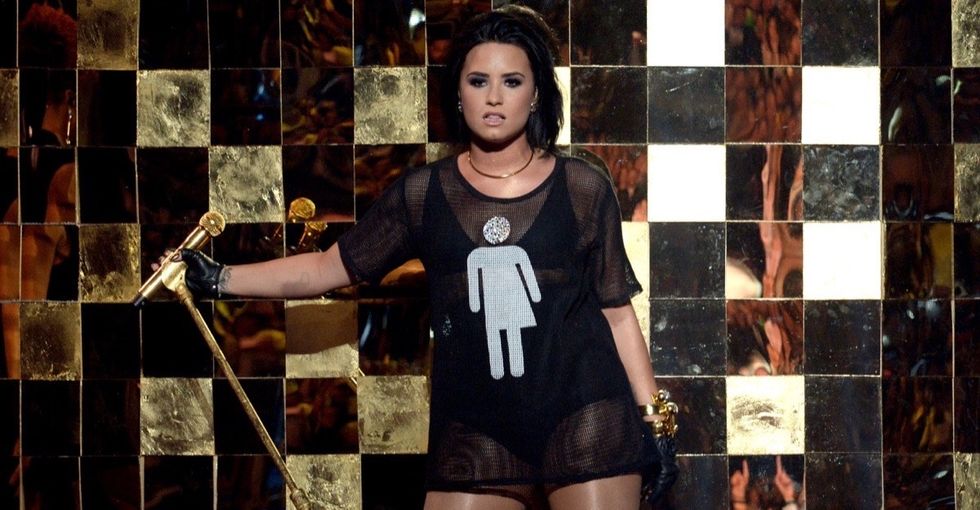 Demi Lovato is all about LGBT rights, and she has been for a while.

Just last month, LGBT media watchdog GLAAD awarded her with its Vanguard Award, presented to people in the media who have made a big difference in promoting equality and acceptance. Basically, it's like a super-duper ally award.

“Demi Lovato has consistently used her platform as a successful artist to send messages of acceptance and support to LGBT people everywhere,” said GLAAD President and CEO Sarah Kate Ellis. “She is an extraordinary ally who is committed to helping young people embrace who they are and live the lives they love.”

So it should come as no surprise that she used her performance at the Billboard Music Awards to make a statement about equality.

Lovato was there to perform her single "Cool for the Summer," but what was really cool was what she was wearing: a mesh shirt with a symbol that's come to represent trans people in the ongoing fight for trans legal protections (and the opposition's obsession with bathrooms).

A few weeks back, she and tour mate Nick Jonas made the decision to cancel their North Carolina shows over the state's anti-trans HB2 law.

Just like Bruce Springsteen and other artists did. It's a strong statement against a discriminatory law.

The absolute coolest part? Replicas of Lovato's shirt will be sold at upcoming tour dates, with proceeds supporting LGBT organizations in North Carolina.

When all eyes were on her at the Billboard Music Awards, she didn't let the opportunity go to waste. That's what makes her a great ally.