Cops were called on him — for mowing a lawn. Now his business is booming. 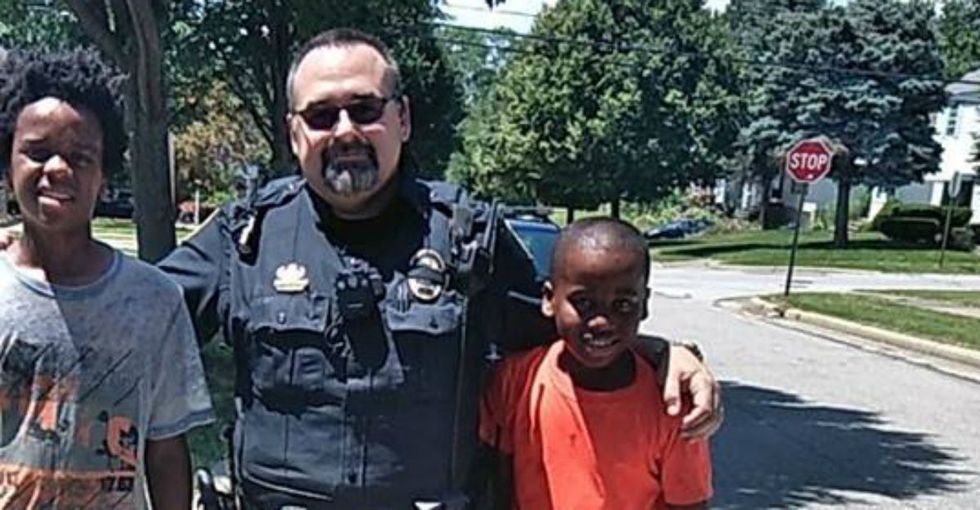 On June 23, Lucille Holt spotted a boy named Reggie and his siblings outside a dollar store with lawn care equipment.

"To see him with everything, to be that equipped, it caught my attention," the 51-year-old told BuzzFeed News.

She asked Reggie and his siblings if they'd be interested in mowing her lawn in Maple Heights, Ohio, just south of Cleveland. They agreed.

So impressed by their work ethic, Holt took a video of them from her front door. In it, she commented that "he's struggling a little" as Reggie pushed the mower over a bump in the grass. "But he's doing his thing." That's when things took a turn.

A neighbor saw Reggie and his siblings in action. And she called the police.

The neighbor, a white woman, had been concerned the kids were trespassing on her property.

"Who does that?" Holt is heard saying in another video she recorded after the police arrived, claiming the neighbor once called the police because her kids were throwing snowballs. “Who calls the police for everything?”

The incident in Maple Heights is just the latest in a string of stories documenting white people calling the police on black people for doing mundane things. In June, "Permit Patty" called the cops on an 8-year-old black girl for selling water outside her apartment building. Earlier this spring, "BBQ Becky" reported a group of black people lawfully having a cookout in a public park. In April, a Philadelphia Starbucks employee infamously called the police on two black men for visiting the store without immediately purchasing any food or drinks.

(White people, we seriously need to get it together.)

Similarly to these other incidents, Reggie's story started spreading far and wide. And lots of people were outraged.

Reggie's mom shared Holt's video on Facebook, adding that "this is what happens when your kids are doing positive things in Maple [Heights]. The police show up."

Fortunately, plenty of people in Ohio — and across the country — turned that outrage into positive action.

It started with just a $1,000 goal for Reggie to get a shed to store his equipment and to buy other lawn supplies. But since its launch, more than $37,000 has been raised.

The comment section, by the way, is pure delight.

"What an amazing young man!" one supporter wrote. "You’re an inspiration! Good luck."

"Please don't let small-minded, petty people ruin your spirit," a supporter noted. "You are a good kid with a good work ethic and a bright future. You can help change the world for the better."

"Way to go kiddos!!!!!" another chimed in. "Don't let anyone or anything ever get into the way of your dreams!!!"

The business' Facebook page is filled with glowing reviews, videos of Reggie and his siblings putting in the work, and before-and-after shots of the lawns Reggie's mowed.

"I'm so very proud of my son," Reggie's mom told Fox 13 News. "I think it is so amazing how everyone is so supportive from all over the country."

A Maple Heights police officer visited Reggie to congratulate him on his business success.

She said all the support has inspired Reggie to dream bigger — once focused solely on mowing grass, the 12-year-old now hopes to expand his business to include raking leaves in the fall and snow-blowing during winter.

Reggie says he wants to turn all this positivity into actual results.

"I just want to thank everyone for all the kind words and all the support," he says. "It really makes me want to succeed."