Colorado's next governor could be a gay man. It's a big deal. 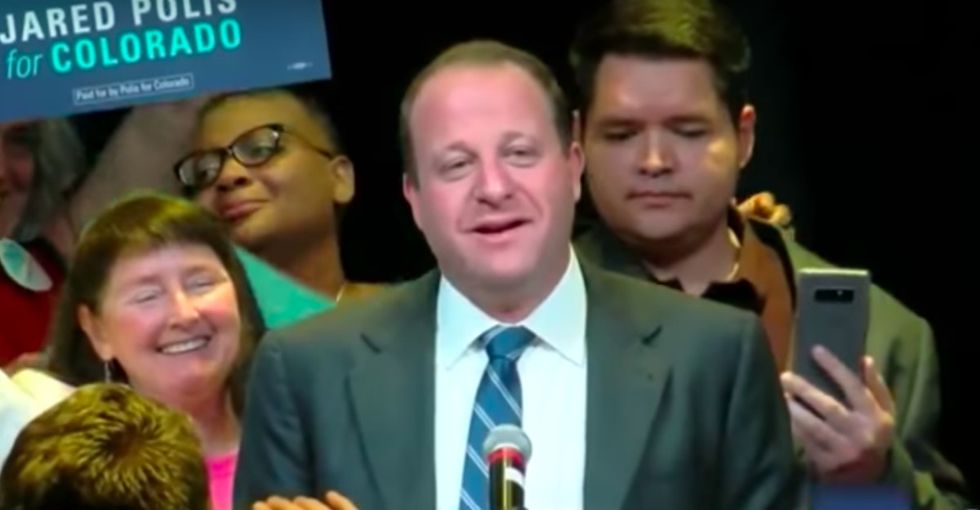 The name Jared Polis may not ring a bell. But by November 2018 it should.

As a gubernatorial candidate, the businessman and politician is championing a boldly blue platform in the traditionally purple state of Colorado. And he just took a big step toward the history books.

On June 26, the 43-year-old father of two — who's focused his campaign on issues like Medicare for all and universal public preschool — defeated his Democratic primary challengers and is headed to the general election with the wind at his back.

If he succeeds in November, Polis would be the country's first openly gay man to be elected governor.

Jim McGreevey, governor of New Jersey from 2002 to 2004, came out while serving, but only during his resignation speech after scandal ended his time in office. Oregon's Kate Brown, who is bisexual, became the first openly LGBTQ person to be elected governor in 2015.

Should Polis defeat Republican Walker Stapleton in the fall, he'd be the first male governor chosen by voters while being openly gay.

"Leadership is not about dividing people — it's about finding ways to bring people together," Polis said during a June 26 speech that largely rebuked President Donald Trump's agenda.

Polis made it clear he's not fond of Trump's right-hand man either.

"I think [electing an LGBTQ governor] really gives Colorado an opportunity to stick a thumb in the eye of Mike Pence, whose view of America is not as inclusive as where America is today," Polis said in a speech.