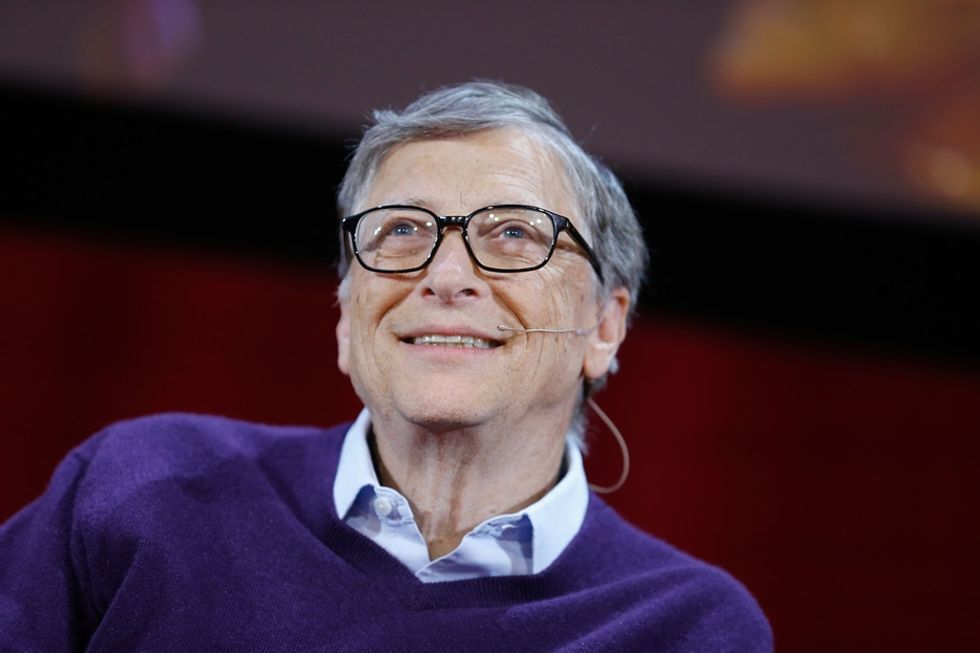 Bill Gates is one of the richest people in the world. So when he doles out advice about how to spend money wisely, it's a good idea to listen.

Gates' latest investment tip? Cutting off aid to other countries could actually worsen the very problems President Donald Trump and other critics are worried about — and have a big economic impact.

The Microsoft co-founder and philanthropist was in Washington, D.C., on March 15, 2018, to discuss international aid projects, including those spearheaded by the Bill and Melinda Gates Foundation. In an interview with C-SPAN, Gates said he disagrees with Trump's "America First" approach but said that he'd try to explain the merits of international aid within Trump's worldview.

"I'll take his framework and explain why things like health security and continued foreign aid, even in that narrow framework, where you give no credit for saving lives in Africa, kind of pure humanitarian things, even without that, this is money well spent," Gates said.

For starters, international aid is a tiny percent of America's annual budget.

Trump has been skeptical of international aid in past speeches and has criticized other countries and the United Nations for not playing a larger role in global peacekeeping efforts.

Gates didn't totally disagree with Trump's assessment, noting that the U.S. is almost always the first- or second-largest donor in major research projects and international relief efforts. However, he pointed out that it's still less than 1% of America's GDP, a smaller amount than what's given by percentage from other countries, including the U.K.

"It's hard for me to understand the notion that helping people that are poorer than we are is a bad thing," Gates said. "It’s kind of in the Bible."

With public health at stake every time someone climbs on a plane or boat, Gates says humanitarian aid is a wise investment.

Perhaps knowing that he isn't going to win over Trump with an altruistic argument, Gates explained that international aid is, in fact, a powerful tool in national security.

"The preparedness we have for a pandemic, either a naturally caused pandemic or a bioterrorism, intention-caused pandemic, we don't have the tools, the preparedness, the capacity to deal with that," Gates said. "And yet the science is at a point where for a fairly small portion of that increase, say a few percent a year, you could do something quite miraculous in terms of health security."

Staying connected to the global community is the surest way to avoid future disasters.

In an increasingly interconnected world, America has a responsibility to play its part both because it's the right thing to do but also because it's in our own best interests.

Someone like Gates inherently gets that. It's likely a big reason why he stepped away from his iconic role as a tech pioneer and has devoted his life to the work he and his wife, Melinda, do on behalf of their foundation.

Preventing the next epidemic or terrorist attack could come down to how involved we are as a society in helping the less fortunate in times of need.