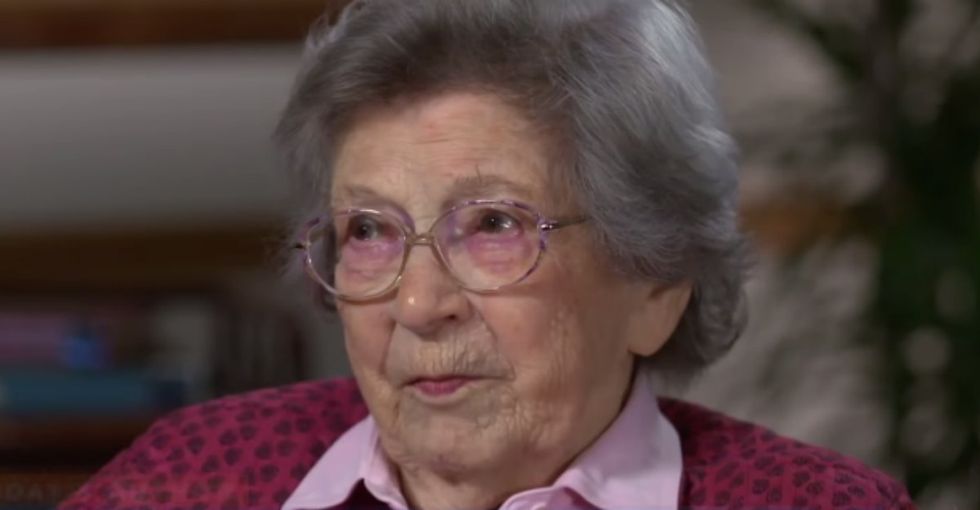 You'd be hard pressed to find an American who isn't familiar with quirky Ramona Quimby, her big sister Beezus, their neighbor Henry Huggins, and his scrappy dog Ribsy. Beverly Cleary made her living with her knack for getting into the mind of children, and her stories and characters have been beloved for generations.

If you've ever wondered what became of Beverly Cleary, she's still kicking. In fact, she turned 103 on April 12, 2019, which is impressive considering the fact that she once said she never planned to live past age 80.

In an interview with Today on her 100th birthday, she told Jenna Bush Hager that she didn't live this long "on purpose." But the centenarian's age sure doesn't seem to be stopping her from being incredibly awesome.

Cleary spent her early childhood in a small town in Oregon with no library and didn't learn to read until second grade.

It wasn't until her family moved to Portland that Cleary became a solid reader. Her school librarian suggested that she become a writer, and Cleary's path was set. She wanted to write about kids like the ones she knew in her own neighborhood, and so she created the characters so many of us grew up getting to know.

Cleary says she's always gotten her ideas for characters and stories from her own experiences and the people around her. Even the name of Ramona Quimby came to her when she was thinking of creating a little sister character and heard a neighbor outside call out "Ramona!" to another neighbor.

She says one reason children love Ramona is "because she does not learn to be a better girl."

"I was so annoyed with the books in my childhood," she said in an interview with Reading Rockets," because children always learned to be better children, and in my experience, they didn't. They just grew, and so I started Ramona, and — and she has never reformed. And she — she's really not a naughty child, in spite of the title of Ramona the Pest. Her intentions are good, but she has a lot of imagination, and things sometimes don't turn out the way she had expected."

Cleary said Ramona was modeled after a little girl who lived near her who was "considered rather impossible."

"I have a vivid memory of her coming home from the grocery store," Cleary said. "In those days, children could be sent to the store. And she had a pound of butter, which she had opened, and she was just eating the pound of [chuckling] butter.

And somehow, that little girl became Ramona, although Ramona never ate a pound of butter."

The prolific author has sold 91 million books, making her one of the most successful authors of all time.

Cleary has been decorated with so many literary awards, it would take half an article to name them all. She has sold 91 million copies of her books, which are still staples in children's libraries and elementary classrooms around the world. The fact that children still love to read her books so many decades after they were written is a testament to Cleary's genius.

When Jenna Bush Hager asked Cleary what she was most proud of, she simply answered, "That children love my books."

Indeed, they do. Thank you, Ms. Cleary, for sharing your stories with us for all these years.

A beautiful blend of empathy, encouragement and empowerment.

As a parent, it's not always easy to know how to help your kids learn from life experiences. Some lessons they learn naturally and others they learn through parental guidance, but discerning which is which and how those things overlap can be challenging.

Kids don't come with instruction manuals, of course, but sometimes we see examples of great parenting we can point to and say, "AHA! That's how it's done."

One such example comes from a dad named Robert. He's been teaching his 5-year-old daughter Aubrin to skateboard and set up a mini half pipe for her to learn on. In a video on Instagram, Robert shared his interchanges with Aubrin after she crashed hard on the ramp during a lesson.