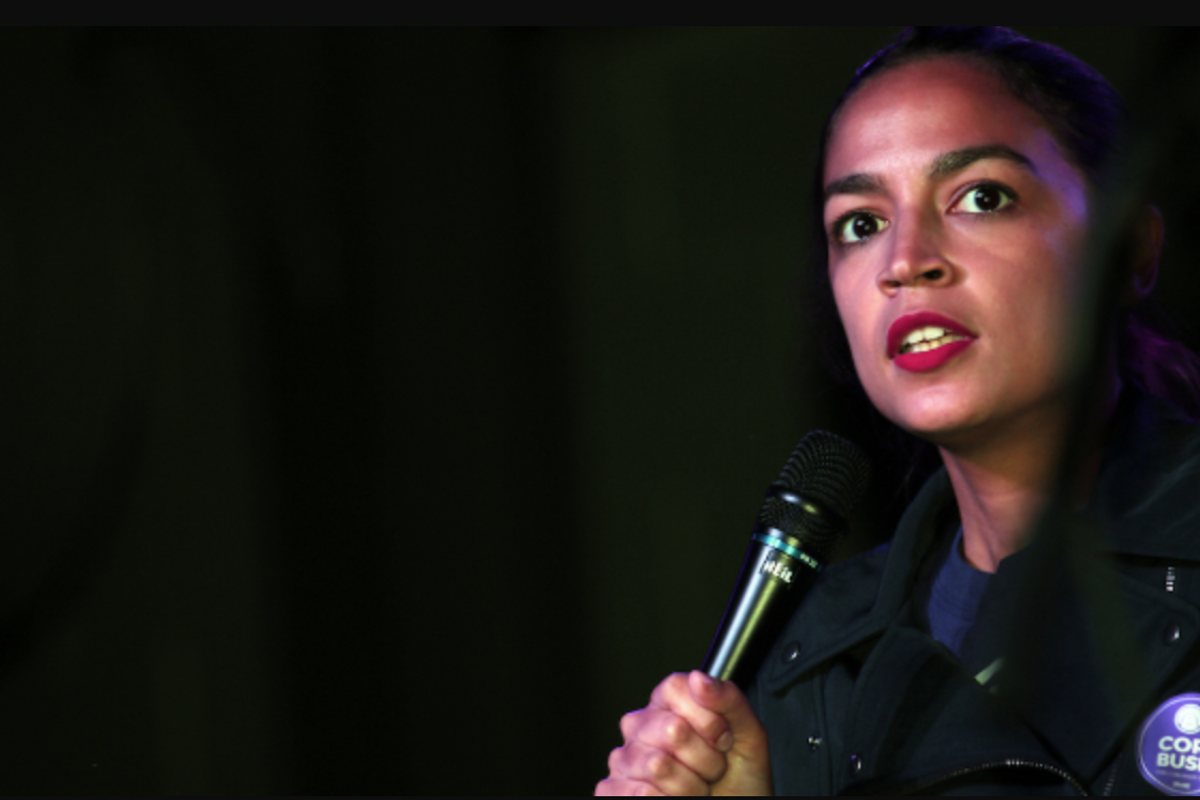 Alexandria Ocasio-Cortez has called out the U.S. Customs and Border Patrol for fostering a "violent culture" after a ProPublica report revealed border patrol agents were sharing violent, threatening posts about her in a popular secret Facebook group.

The posts about AOC came on the heels of her visit today to Trump's detention center/concentration camps, including one in Clint, Texas, where agents have been accused of keeping children in inhumane, neglectful conditions. The ProPublica article included screenshots of sexist, xenophobic and threatening posts and memes from the group, targeting AOC and other congresspeople as well as horrific memes and comments joking about dead migrants. The group, which is called "I'm 10-15"(10-15 is apparently code for "aliens in custody"), has about 9,500 members from across the U.S.) and, according to the intro, is a "funny" and "serious" place to discuss working with the U.S. Border Patrol.

The report prompted an apology from the official Twitter account of U.S. Customs and Border Protection agency, who called the posts "completely inappropriate and contrary to the honor and integrity" they apparently expect from their agents.

Today, CBP was made aware of disturbing social media activity hosted on a private Facebook group that may include a… https://t.co/7aqUQzOg1Z
— CBP (@CBP)1562004703.0

.@USBPChief: These posts are completely inappropriate and contrary to the honor and integrity I see—and expect—from… https://t.co/Wc9N30xoxP
— CBP (@CBP)1562004703.0

U.S. Customs and Border Patrol, interestingly, has not apologized for the continuing reports of human rights abuses in these camps or the rising death toll of children. They have also not responded to the many people calling for the agents posting in this group to be fired.

@CBP @Susan_Hennessey Buck stops with you, Sir. Fire them. They do not and must not represent America.
— BlessYourHeart (@BlessYourHeart)1562005331.0

The threats did not dissuade AOC from visiting the detention camps along with Congresswoman Madeleine Dean, who called the conditions "far worse than we ever could have imagined" and described the situation as a "human rights crisis."

AOC's tweets about her experience should shake you down to your very core.

This news is horrifying and sickening beyond belief but it's important that we keep reading about it, talking about it, tweeting and yelling and screaming about it. We can't turn our backs on this crisis or we are all complicit.