An all-female Marine platoon just made history alongside the men at boot camp. 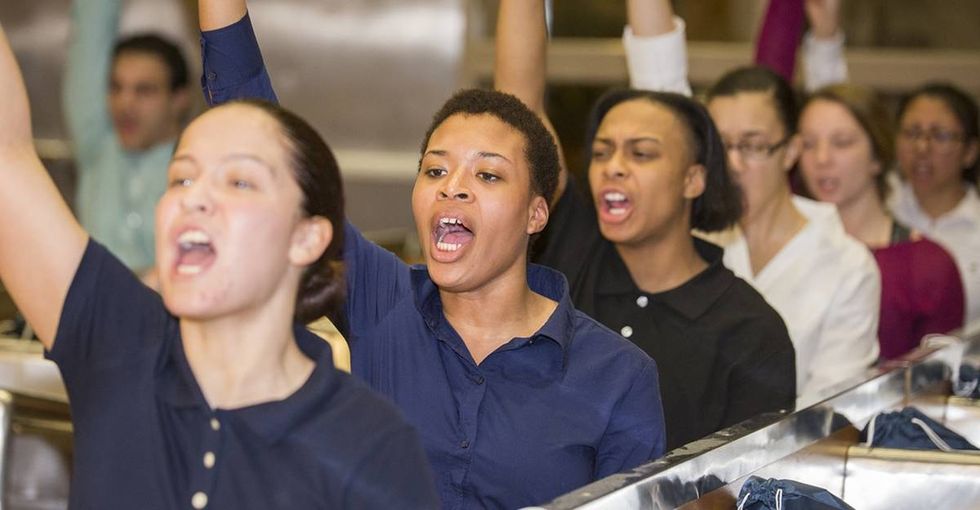 On Friday, January 11, about 50 female Marines will train alongside their male counterparts at a facility in Parris Island, South Carolina.

This marks the first time in the history of the U.S. Marine Corps that men and women have trained together at boot camp.

However, the move is more out of necessity than part of a larger attempt by the Marines to integrate. “A lack of female recruits during the winter training cycle made it more practical to shut down the all-female battalion at Parris Island and roll the remaining 50 women into a male battalion,” The New York Times wrote.

In the past, Marine Corps leaders have said that by training separately from men, women receive the proper support they need in the early stages of service. But some in the military believe that integrating the sexes at the onset of their service can help improve gender dynamics.

A recent Pentagon report showed that the Marines had more sexual harassment claims than any other branch of the military in 2017 with the number of cases reported up across all branches.

However, that number is misleading. Military officials believe the number of reported cases are up because victims have a greater confidence their claims will be handled professionally and without retribution.

Retired Army Colonel Ellen Haring, the CEO of Service Women's Action Network, has taken the historic moment to point out how the Marine Corps have lagged behind the rest of the military when it comes to gender equality.

“The Marine Corps’ recent announcement that it would integrate an all-female platoon within a company of all-male platoons on a trial basis comes decades after all of the other Services integrated all of their basic training units,” she said in a statement to NBC News. “After reviewing training data in the 1990s, both the Army and the Navy found that integrating basic training units improved performance on a number of measures.”