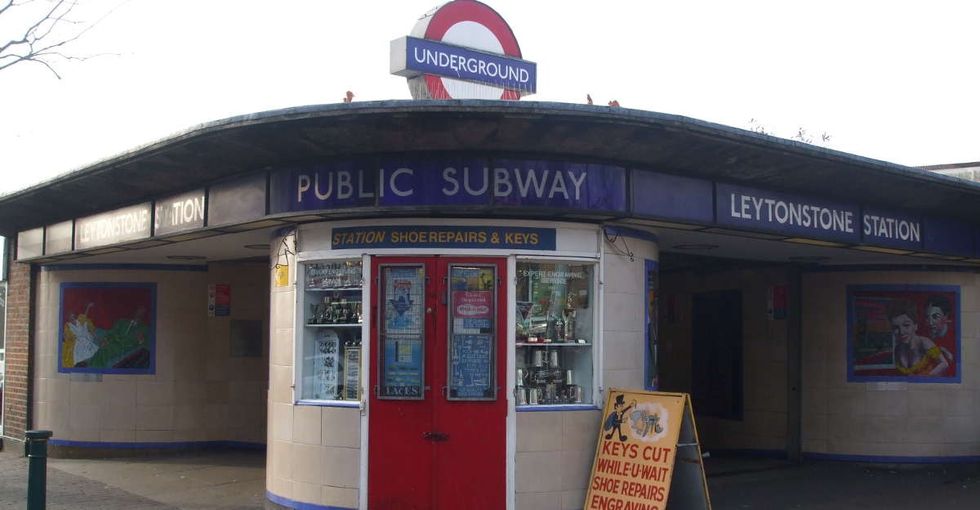 On Saturday night, Dec. 5, two people were stabbed in the London Underground by an attacker who said, allegedly, "This is for Syria."

Thankfully, no one was killed, and the police arrested the suspect shortly thereafter.

As the police were taking the man into custody, a passerby yelled out, ""You ain't no Muslim, bruv!"

Many celebrated the bystander's statement as "the most London response" to the alleged terror attack.

Others cheered him for reminding us that extremists don't represent Islam.

Even Prime Minister David Cameron paid tribute in a speech over the weekend.

We don't know if the man who yelled, "You ain't no Muslim, bruv." was Muslim himself. But we do know that his words struck a chord, both within the Muslim community and around Britain.

Recent terror attacks by ISIS and others have touched off a new wave of Islamophobia in the U.K. — and around the world. Here in the United States, closing down mosques and putting Muslims on a watch list are actual ideas that were suggested by people running for president after the shootings in Paris. More than one candidate has blasted President Obama for refusing to say the words "radical Islamic terror," as if that will somehow make ISIS go away.

Far too many people — including ISIS — want us to associate terrorism motivated by an extreme, radical interpretation of Islam with Islam itself. In reality, nothing could be further from the truth.

The attacker may have thought he was acting in the name of Islam, but the feedback he got was immediate.

He doesn't represent Muslims. Not even close.

It's actually part of the right strategy to fight terrorism.

The whole point of terrorism is to terrorize. When something horrible happens, it's tempting to look for someone to blame, someone to hit, or some country to bomb. That's the easy response.

The right response? Saying, essentially, "eff you," — like this bystander did — and continuing to live our lives.

ISIS and Al Qaeda hope we'll turn against each other. They want to drive a wedge between Muslims and the rest of the world. They want us to fear and distrust each other. Experts believe it's a key component of their strategy.

That's why the correct reaction to a terror attack isn't to lash out in anger and hate.

And keep on walking.