A group of clever German artists tricked some clueless neo-Nazis into outing themselves. 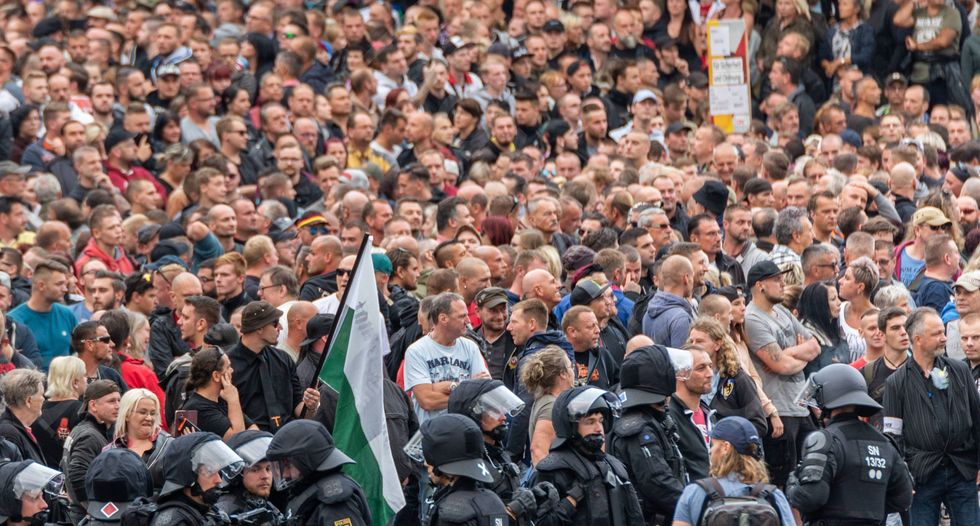 Last August, a riot broke out in Chemnitz, Germany after over 7,000 people from far-right groups took to the streets to protest the death of a Cuban-German man killed by two Kurdish immigrants.

During the riot, right-wing protestors chased down immigrants while making Nazi salutes and at least 20 people were injured.

“They created this atmosphere of fear among the citizens there,” Philipp Ruch, the artistic director, of Center for Political Beauty, told The Daily Beast. “They menaced foreigners, and also the press… They hunted people. The whole country was in shock.”

The Center for Political Beauty, abbreviated as ZBS in German, is a left-wing art collective and artist hub. In the past, it has organized public awareness campaigns such as building a Holocaust memorial on a right-wing leader’s home and coordinating funerals for migrants who died on the way to Germany.

In the riot’s aftermath, ZPS got to work identifying nearly 1,500 of the right-wing protesters. But the art collective wanted more, so they set up a scheme to find more neo-Nazis and far right-wing groups behind the riots.

ZPS set up a website featuring photos of 1,500 protesters it had identified. Many of the protesters, for fear they had been identified, logged on to see if their photos were on the site. But the website only showed 20 pictures per web page. So, to save time, site visitors entered their names or people they knew who were at the protest in a search bar.

ZPS collected all of the names entered in the search and were able to identify at least 25 rioters it hadn't previously. “What we got was quite a network of who knows who, and who else was in Chemnitz,” Ruch said.

If there’s one thing we can count on it is Nazis acting dumb. ZBS knew that and let them play right into their hands.