A 'free' supermarket? His pay-what-you-feel restaurants prove the model is sustainable. 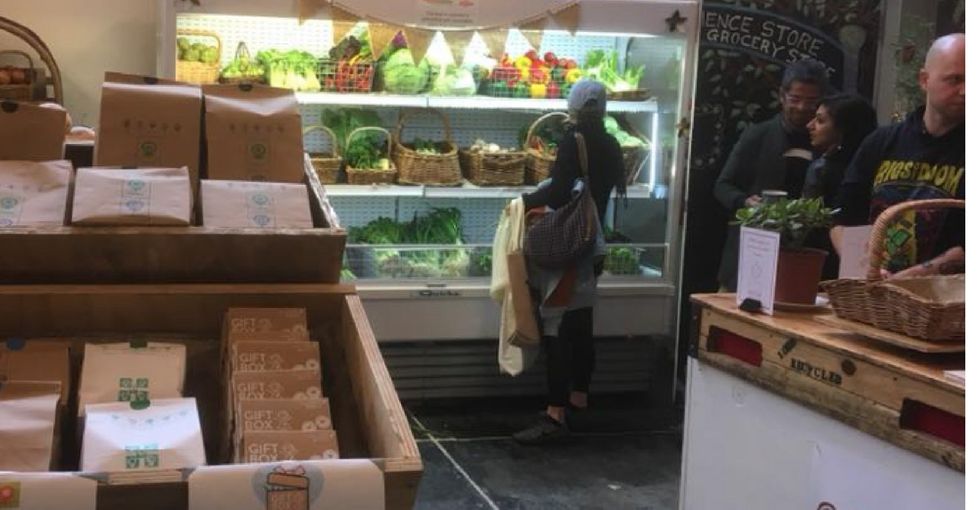 What if you could walk into a store, take what you need, and pay whatever you want for it?

And what if you could help others and save food waste by doing so?

That’s the premise behind The Inconvenience Store, a unique supermarket that opened in June 2018 in Melbourne, Australia. The store collects produce that stores plan to throw away because it’s not fresh (or pretty) enough to sell and "sells" it by donation.

It receives throwaways from a local bakery — breads that aren't good enough to sell but are still perfectly edible — for its patrons to take home. Other things that stores are prepared to toss, like items that are dented or just past their best-before dates, also stock the store's shelves.

PAY-AS-YOU-FEEL GROCERIES!! Are here @lentilsthornbury We have brioche, garlic, fruit and vegan bread for you to ch… https://t.co/BQuRB9BxIy
— Lentil as Anything (@Lentil as Anything)1521681719.0

There are no cashiers and no set prices — a contribution box sits near the exit as an unassuming invitation to give what you can in exchange for what you take. People can also volunteer at the store as a form of payment and support for the store.

And the founder has already proven that the model works.

The Inconvenience Store is an offshoot of Lentil As Anything, a chain of vegetarian restaurants that has been in operation for 18 years under a similar pay-as-you-feel model.

Founded by Shanaka Fernando, a Sri Lankan immigrant with a passion for food and social justice, Lentil As Anything is on a mission to make meals that serve everyone, regardless of socioeconomic status.

"Restaurant culture separates us from the group at the next table," says the company's website, "and finances separate some from the table entirely. Lentil as Anything believes everyone deserves a place at the table."

Like the store, most of the people who work at the restaurants are volunteers who donate their time because they care about food, culture, and community.

"The underemployed, the homeless, refugees and the disenfranchised are all given an equal opportunity to gain skills and help their fellow humans at Lentil as Anything," says the website.

With no set prices on the menu, diners choose what they pay for their meals based on what they can afford or what they think is a fair price. Key staff are paid, but there's no goal to make a profit. Produce for the restaurants is grown in community urban gardens or collected from stores prior to being thrown away. All extra funds get funneled back into the restaurant.

Great things happen when we work together! @fresh.is.good and @lentil.as.anything are doing our part to end food wastage in Australia! . . . When you hear the words food waste, you automatically think the food is bad, right? Wrong. Read about the impact food waste is having on our environment and communities, and what we’re doing to help make a difference. ⬆️ Link in Bio ⬆️ #foodwithoutborders #blogpost #foodwaste #FreshIsGood #lentilasanything

Fernando has created a community-oriented business model based on integrity, trust, honesty, and shared humanity.

Practically everything about Lentil as Anything and The Inconvenience Store flies in the face of the traditional, profit-based business model.

So how do they stay in business? A question like that has to be asked with the business's goal in mind — not to make a steep profit but to create a cooperative community based on food and culture sharing. It's not about making money but rather about being able to stay open through community effort.

Volunteering is a wonderful way to see how Lentil operates from the inside. Here is a lovely flashback from @xratedvegan -best name! ・・・ 👩🏻‍🍳 Volunteering last year @lentil.as.anything /@lentilsydney in Newtown. 🌱An Amazing non for profit Vegan restaurant in Newtown 🇦🇺 with the best vibes - where people pay according to what they can afford. If you haven’t been- it’s a must.👨‍🍳🌱 100% Plant Based baby! 💚😊🌱🌿

It comes back to the fundamental belief that we're all in this together.

"We call ourselves the human race, but this is not a race," said Fernando in his 2012 TED Talk. "This is not a competition. I prefer the term 'humankind.' It implies kindness. We share an affinity. There is a richness that awaits us and it relies on us, on our individual sense of leadership, on our ability to embrace, be open to each other. And all the answers to environmentalism, to the improvement of humanity, lies in this."

Putting people and our planet before profits may not be common, but high fives to Shanaka Fernando for proving that it's possible.

Watch Fernando describe his travels around the world that led him to his pay-as-you-feel model: