A comedian went on TV and viciously insulted a fellow comedian. Here's her eloquent response.

After being mocked by a fellow comedian, she fired back with a message about life, comedy, and humility. 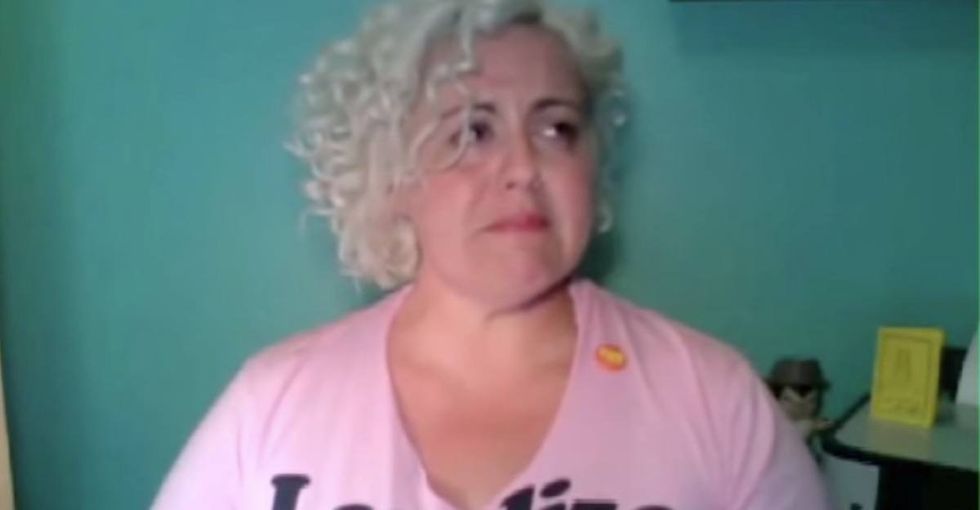 You might not know self-described "fat, one-armed stand-up comedian" Damienne Merlina, but you should.

Merlina recently posted a powerful, must-watch YouTube update about overcoming adversity, even when others try to make the world a darker place for you.

In her own stand-up act, she makes a few jokes at her own expense.

Some studies have suggested that being able to make these types of jokes can actually be good for your health.

For her, this means making a few jokes about the fact that she lost her right arm in a car accident.

It's one thing to joke about yourself, but it's entirely different when someone else makes you the target.

In a recent Comedy Central special, comedian Ari Shaffir devoted time to making fun of Merlina for only having one arm.

He also took some shots at her weight.

The biggest problem with Shaffir's joke was that it wasn't really a joke at all.

In other words, Damienne Merlina was the joke.

Some people might argue that Shaffir's jokes are protected by the First Amendment, and they'd probably be right.

But that's not what this is about. At all.

It should be noted that in her video, she doesn't ask that Comedy Central pull Shaffir's special, demanding an apology, or anything like that. She's just a person who seems really confused how she became a target and why someone would do this to her.

While he had every right to make the joke, it's still really, really, unnecessarily mean.

On her Facebook page, Merlina explained exactly what it was about Shaffir's set that upset her the most: the fact that he used her first and last name, making her a target.

Shaffir has a significantly larger platform than Merlina. By naming her by first and last name in his special, he opened her up to a massive amount of criticism — criticism she did nothing to bring upon herself.

"In the many years I have been acquainted with him we have never exchanged more than 2 paragraphs of polite conversation.
***
It wasn't even funny. I know that comedy is comedy. I understand that being in the public I risk criticism and unkindness. My issue is that he used my FIRST and LAST name. Per the US Census there is only one Damienne Merlina."

Good comedy should "punch up."

"Punching up" is a term used to describe comedy that takes aim at people or institutions better off than the person making the joke. This is how people like Stephen Colbert, John Oliver, John Stewart, and others usually operate.

What Shaffir did, though, was "punch down." His joke wasn't aimed at a large institution or powerful figure. The punchline of the joke was essentially "Hey, this fat woman only has one arm. Isn't that hilarious?" That's just mean.

She ended her video with an awesomely heartfelt speech about life, comedy, and humanity.

"You can have bad experiences in life, and you can still be a nice person," is a concept that goes way beyond just the world of comedy.

Still, you don't need to needlessly inflict pain on others.