A Canadian shelter sells older cats like used cars, and it's pretty effective ... and hilarious.

Can I interest you in a pre-owned cat? 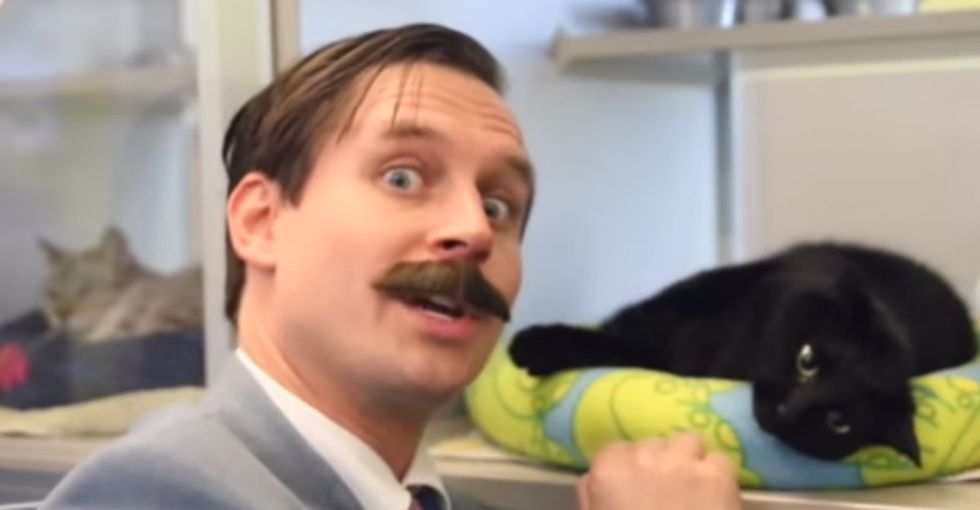 This article originally appeared on 08.29.15

Why? Because in a world where around 8 million pets enter shelters and only around 4 million get out, that's a lot of sad math.

In an attempt to stop that sad math, the kind folks from the Calgary Humane Society got creative.

The fastest domestic cat running speed appears to be 29.8 mph. This salesman knows his product!

They pulled out all the stops to help future cat owners realize that pre-owned cats are the way to go!

And in addition to the commercial, the cats were priced to go on a very special Saturday.

Kittens are popular. There's no way around it. They're kittens! I used to be kitten-crazy (I was a child!), but I've adopted older cats and so have my friends. They're special. They're cute. They're soulful. And instead of adorably biting your fingers until they grow up past kittenhood, older cats chill out on your couch and teach you about relaxing.

I'm sharing this because it might save a pre-owned cat.

We missed the Big Sale Saturday (but let's be real, pre-owned cats are always priced to go), but the love for pre-owned cats continues. And this commercial, well ... it's timeless. And worth a watch.