9 ridiculously delicious Thanksgiving dishes you can eat without food shame. 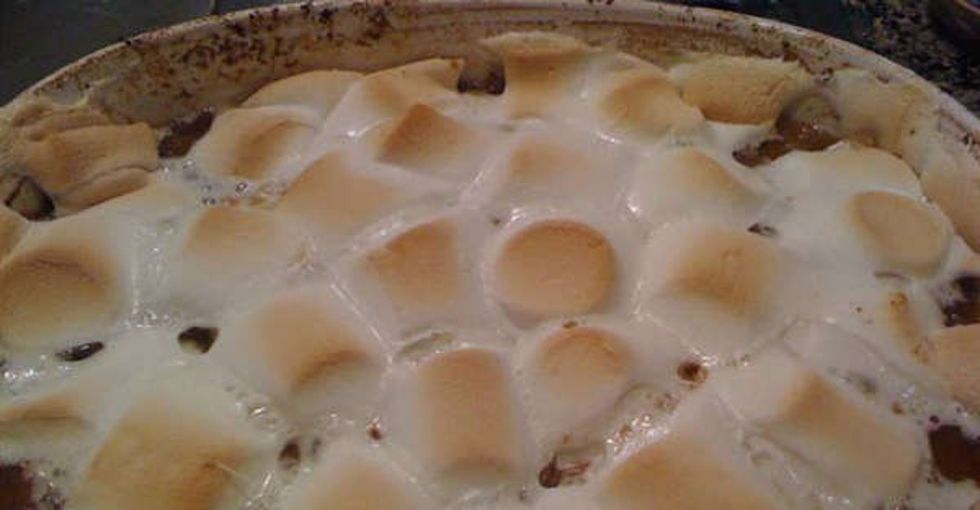 Thanksgiving is a big ol' feast. And for lots of people, that comes with a big side-helping of food guilt.

Not so much for these guys, though. Photo by Underwood and Underwood/War Department.

More importantly: What will Aunt Marjorie think of me? WHAT WILL SHE THINK??

It turns out, there's a whole smorgasbord of delicious Thanksgiving foods you can eat without feeling guilty. Yes, you read that right. Open your eyes. Un-faint.

Here are a few of my favorite, sin-free, no-regrets suggestions. Because you should never feel guilty about what you eat.

There are approximately 323 calories in a single slice of pumpkin pie, and you should feel guilty about consuming exactly none of them. Because it's Thanksgiving, and eating delicious, rich, gleefully over-the-top foods is the whole point of Thanksgiving.

The decision to eat more (or less) isn't a moral choice. Whether you decide to eat something tasty isn't an ethical dilemma. Anyone who tries to shame you is not your friend. So tell them to, respectfully, eff off.

Come to think of it, you should probably eat two slices.

One way to absolutely, positively feel good about yourself at Thanksgiving dinner is to take about a gallon of liquified meat fat with some flour in it and pour it on everything, rendering your meal 1,000% more delicious and putting a huge smile on your face.

This no-shame treat is made by taking an already-starchy vegetable, dumping sugar all over it, and putting candy on top.

Shame is something you feel when you accidentally call your fourth-grade teacher "mom," not when enjoying a lovingly prepared, unbelievably gratifying side dish. So enjoy.

It's dessert bread — that you eat for dinner. It has approximately 1 million carbs, and not a single one of them should make you feel bad for even one-half of an instant, as it is impossible to impose a normative judgment on cornbread.

Waffles made out of stuffing are a ridiculous food, and not only should you be completely unashamed to eat four or five of them, you should brag about it on social media for days afterward.

Where to even start with these things?

Don't let anyone sell you on eight-cheese macaroni and cheese. It's Thanksgiving Day. Go big or go home. You'll feel great. Like you really accomplished something big.

"Maybe I should sub out the smoked gouda for some low-fat cottage cheese," you might be thinking to yourself. And if you want to, go right ahead, as long as you realize both of those cheeses carry equal ethical weight. Guilt is never a good reason to substitute one cheese for another.

8. Creamy mushroom sauce and fried onions with a few green beans in it.

This classic Thanksgiving "twist" on a modest green vegetable involves dumping it straight out of a can, slathering it in a salty milk bath and covering it with crispy snack chips until the vegetable is completely unrecognizable and any nutritional value it previously had has been eliminated.

Eating at least two pounds of this stuff is not only not sinful — as would be, say, stealing a child's soccer ball or intentionally running your car into a pedestrian — it is your civic duty as an American.

9. An entire turkey wrapped in bacon.

There is not a single, scientifically valid way to regret eating this. Here is the recipe, and you should take a good, long look at it. Note the bacon-infused butter. It will brighten your day.

This is perhaps the single most decadent foodstuff on theme for Thanksgiving, and you should not feel the least built guilty about putting it in your mouth. In fact, if you're not making this for your Thanksgiving, please take several weeks to backpack through Patagonia and re-evaluate everything about your life.

Food is great. You should eat as much or as little of it as you want. But no matter what Aunt Marjorie thinks, you should never feel guilty about it.