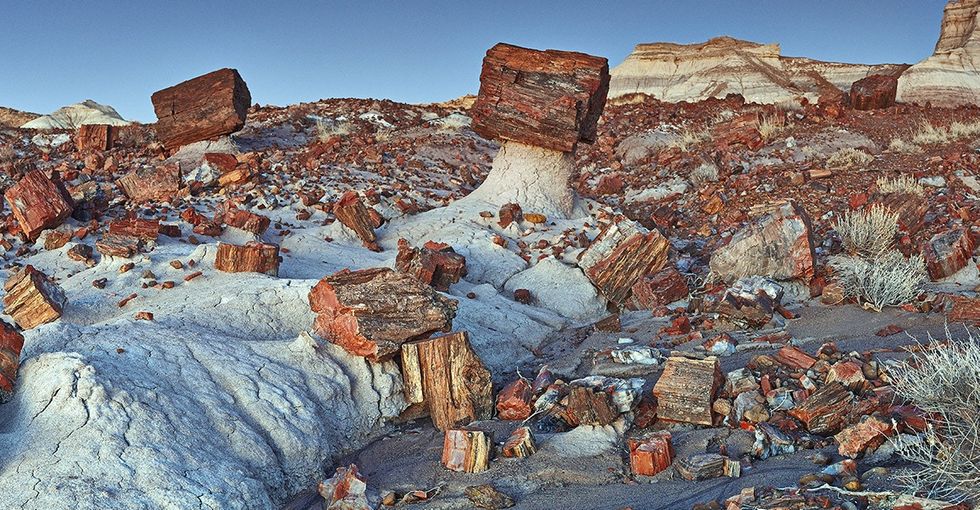 Teddy Roosevelt once said, "It is not what we have that will make us a great nation; it is the way in which we use it."

Roosevelt was an avid sportsman, outdoorsman, and hunter. He was an explorer and roughrider. While he really loved shooting things, he also saw the very real potential humans had to exhaust nature's resources.

When he became president in 1901, he wanted to use his power to protect the wild places he loved. And oh boy, he did. He quickly established his legacy as one of our nation's great conservationists, and while in office, he used his powers to create or add to six national parks and 18 national monuments.

Monuments like the Grand Canyon, which Roosevelt implored people not to mar with development.

Before Roosevelt, the Grand Canyon was open territory. It was Roosevelt's designation as a game preserve that started its protection.

"I hope you will not have a building of any kind, not a summer cottage, a hotel or anything else, to mar the wonderful grandeur, the sublimity, the great loneliness and beauty of the canyon. Leave it as it is. You cannot improve on it. The ages have been at work on it, and man can only mar it," Roosevelt said.

We can understand that sentiment. I mean, would Mesa Verde National Park really be improved by a parking lot?

I think most Oregonians would agree that Crater Lake National Park is pretty great as it is.

The bison in North Dakota's Sullys Hill are doing fine, thank you very much.

Roosevelt also added a ton of land to the world-famous Yosemite National Park.

A camping trip with John Muir convinced Roosevelt to place the entire valley under federal protection. Of the park itself, Roosevelt said, "It was like lying in a great solemn cathedral, far vaster and more beautiful than any built by the hand of man."

We also have Roosevelt to thank for a cellphone-tower-less Devil's Tower National Monument in Wyoming.

And Arizona's amazing Petrified Forest, which currently has no football stadiums in it (and should probably stay that way).

The petrified forest started as a monument, but is now a national park of its own. In fact, during his tenure, Roosevelt was responsible for protecting approximately 230 million acres of America's wild places, more than any other president until Barack Obama.

Preserving our national heritage isn't a partisan issue; it's something nearly all Americans agree on.

A 2012 poll found that 95% of Americans want the government to protect the parks for future generations. However, the current administration has made a few decisions — such as making it easier to sell off park lands or ignoring climate change, which may endanger many of the parks — that put them at odds with Roosevelt's legacy.

More than 100 years ago, Roosevelt recognized that we had an obligation to protect our wild spaces and preserve our nation and planet for future generations.

"We have fallen heirs to the most glorious heritage a people ever received, and each one must do his part if we wish to show that the nation is worthy of its good fortune," said Roosevelt. His legacy is there, if the current government will only embrace it.