9 awesome pictures of animals enjoying their natural habitats in 2015. 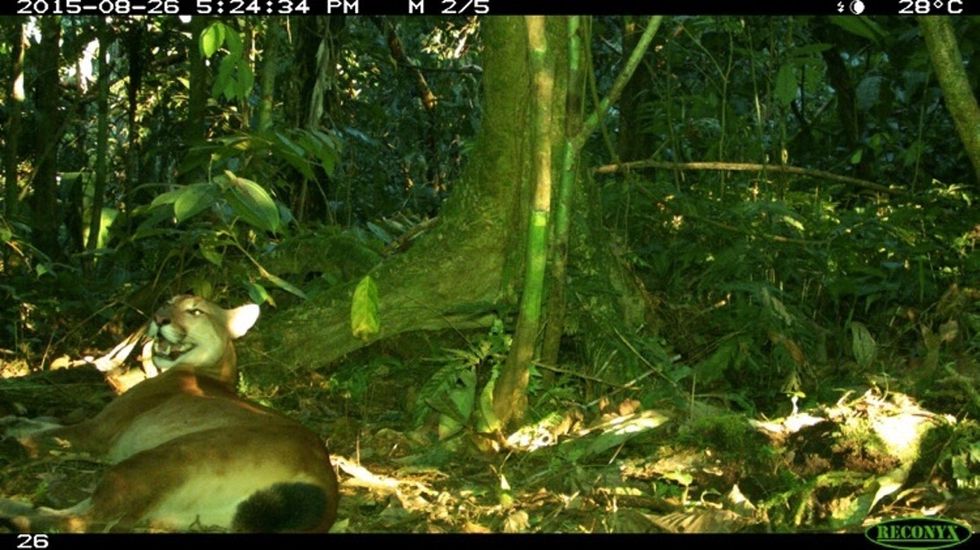 The Wildlife Conservation Society just released their favorite animal photos of the year.

The WCS is an organization dedicated to conserving the world's largest "wild places" and promoting biodiversity. They do some amazing stuff, not the least of which is taking amazing photos of wildlife from around the world.

So, as you can imagine, their top photos of 2015 from global conservation programs are pretty great:

It's called a Fito leaf chameleon and it's one of the many species found exclusively on the island of Madagascar. It's also adorably tiny. Or maybe that's just a gigantic finger.

Everyone loves baby elephants. They look like adult elephants but smaller! Plus they're clumsy and they can fly. Right? Baby elephants can fly? Am I getting that right, or did Disney lie to me again?

"Hey honey? I'm thinking this year we should finish building that fence. Just because of ... you know ... the LEOPARDS!"

"This is my rock. There are many like it but this one is mine. My face is itchy."

Actually it's a normal looking tapir. This is what they look like. Stop laughing. Seriously stop. It's rude.

6. This puma who is just chillin'.

Don't you just hate it when someone takes a picture of you right as you're about to sneeze?

7. This armadillo on the prowl.

Armadillos are also the winner of 2015's Pokemon Lookalike Contest ... which is a thing I just made up. But, yay, congrats to them.

9. This brand new species of frog.

This little guy was just discovered earlier this year in Bolivia! Apparently he had been hiding right behind scientists for years, hopping to the other side just as they turned around.

Pictures like this remind us of the importance of conserving wildlife.

They're cute and fascinating, but they also show that there's a wide variety of creatures out there sharing the planet with us. That's easy to forget.

Most of the animals featured are either threatened or endangered, and organizations like the Wildlife Conservation Society work to save not only the animals, but also the environments in which they live.

These photos are from all over the world and were taken in the wild. Which shows that WCS is pretty amazing at what they do.

For more information on the Wildlife Conservation Society, visit their website.

And to show them a little extra love this holiday season, check out their support page.