3 girls got on national television and told the not-so-pretty truth about America. Fearless.

Somewhere in America, there is hope because of brilliant, talented girls like this. 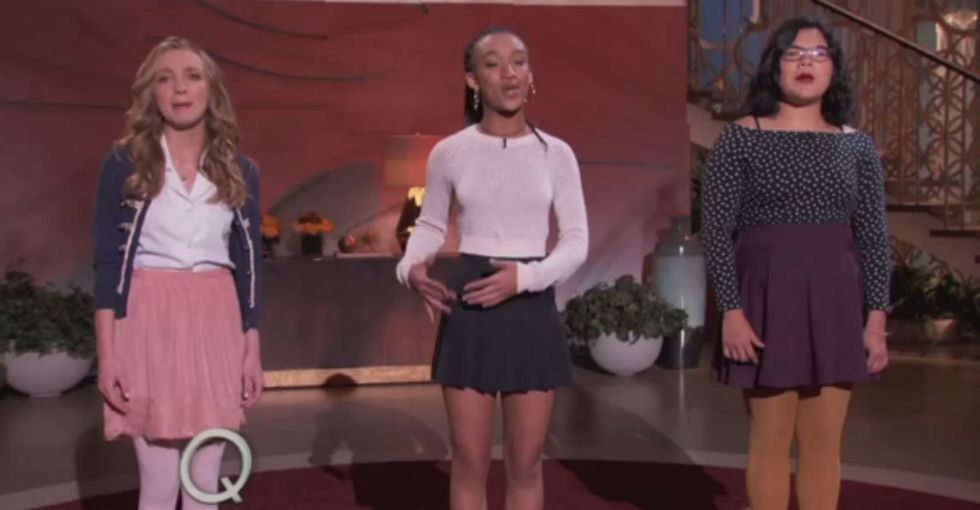 In an amazing — no really, AMAZING — spoken-word performance on "The Queen Latifah Show," teenagers Belissa Escobedo, Rhiannon McGavin, and Zariya Allen got real about America and a lot of the harsh realities facing their generation.

Their main point? Kids learn more from the behavior, laws, and values demonstrated in the culture and society around them than they will ever learn from a standard curriculum.

And boy are they learning. They're seeing a ton of contradictions that don't support the "American values" they're taught about in school — issues like poverty, censorship, gun violence...

...and capitalism without recognition of the rich, dark history that laid the foundation for it (or of the people who have been broken along the way).

And then there's the gender stuff ... my God. Girls being harassed after school, schools turning away and brushing rape allegations under the rug, violence against women, and all while homophobia is allowed to run rampant and unchecked.

Somewhere in America, teens are learning these lessons and many others. And they'll never forget them.

Check out the spellbinding performance below: