There's no stopping these women from making their voices heard. 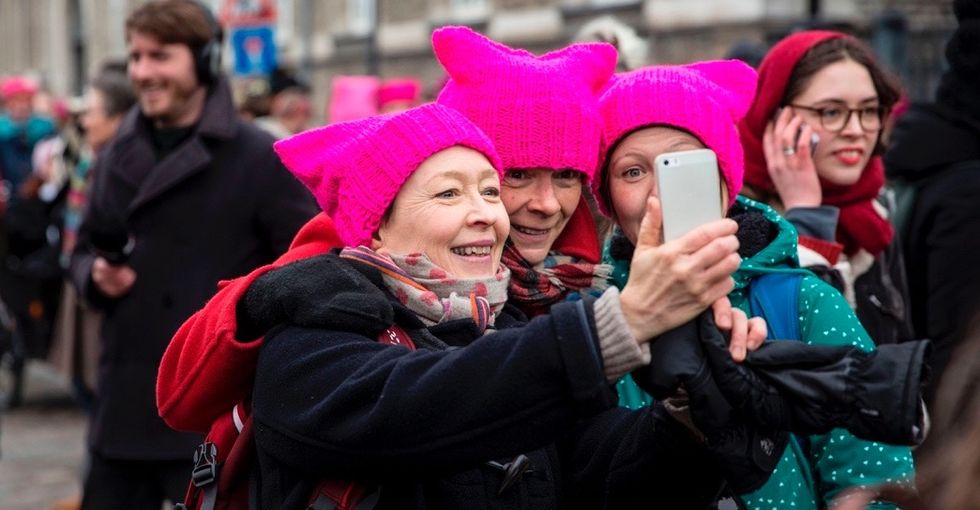 International Women's Day is always an occasion worth celebrating. This year, it's especially important.

Less than two months removed from the massive worldwide Women's March demonstration, women's rights advocates and allies remain fired up and ready to go in the fight for gender equity. Amnesty International called International Women's Day 2017 a "rallying cry," organizers rallied in the name of a "Day Without a Woman" strike, and protesters around the globe once again took to the streets for marches and demonstrations.

Some groups used the day as an opportunity to brush up on a few facts about women.

And others used the occasion to highlight women and causes that don't get the attention they deserve.

Like Katherine Johnson, an unsung hero who finally got her due in "Hidden Figures," and Meagan Taylor, who reminds us that existence shouldn't be a crime.

On #InternationalWomensDay we stand with women fighting for their rights, like our client, Meagan Taylor. More:… https://t.co/HvEelUvIAb
— ACLU (@ACLU)1489002796.0

As shown in these 17 images, though, the most inspiring things to happen around the world in the name of International Women's Day were the marches, the gatherings, the rallies, and the demonstrations.

Which were held everywhere from Yogyakarta, Indonesia...

People took to streets across the world, everywhere from Rome, Italy...

The pink pussy hats made a comeback in Copenhagen, Denmark...

...while crowds of marchers turned out in Los Angeles, California.

Flags and signs flew high over the crowds in Istanbul, Turkey...

...and were held proudly by marchers in Athens, Greece.

In New York, marchers, strikers, and protesters were ready to stand up for their rights.

New York cat cafe Koneko even held a Pussies Knit Back event where volunteers could come in to knit the now-ubiquitous "pussy hats." The hats are available on their website (in both cat and human sizes), with proceeds going to Planned Parenthood.

Faces were painted in Madrid, Spain...

...and people in Melbourne, Australia, struck a pose.

The circumstances, the struggles, and the lived experiences of the women in these photos may vary, but there's a very simple, very common thread: sisterhood.

International Women's Day is a great opportunity to reflect on those differences and to consider how we can join forces to help make the world a better place for all women regardless of their race, religion, country of origin, disability, sexuality, or any of the other factors that can sometimes divide us unnecessarily. It's a great day to set the foundation for future progress.