Women are hitting the road in Saudi Arabia. Here's why it's a huge deal. 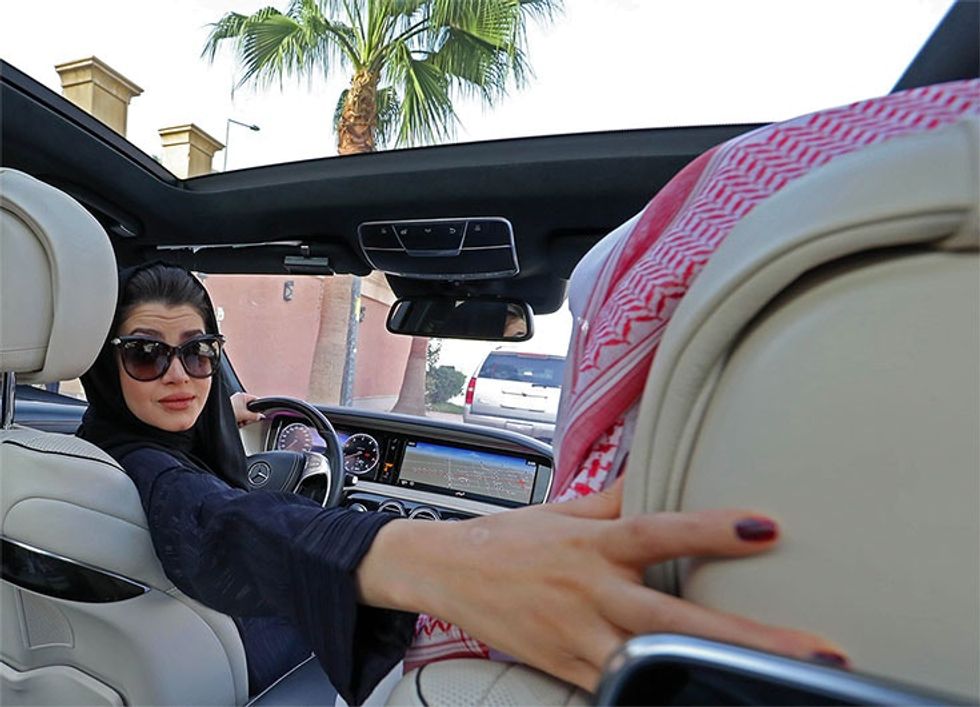 Saudi Arabia has issued its first set of driver's licenses to women, marking a new era for women's rights in the country.

On June 4, 2018, 10 Saudi Arabian women received their licenses, and many more are on the way. Though these women already held driver's licenses from other countries, including Canada, the U.K., and Lebanon, they took a driving test before being granted licenses in Saudi Arabia.

The announcement came ahead of a ban on women driving that is set to be lifted on June 24. Saudi Arabia's King Salman decided to change the antiqued laws last year, and licenses are finally going into effect for thousands of women around the country. The country's Centre for International Communication has predicted 2,000 women will join that first group of 10 by next week, according to The Telegraph.

"The general directorate of traffic today started replacing international driving licenses recognized in the kingdom with Saudi licenses, in preparation for allowing women to drive," the official Saudi Press Agency said in a statement.

The move marks a historic victory for women's rights in Saudi Arabia.

The nation has long been criticized for its troubling treatment of women. It was the only country in the world where women were not allowed drive, and incredibly brave women activists have been fighting against the rule for years.

While we should absolutely celebrate this important feminist win, we should be careful in how we discuss Saudi Arabian women's lives and rights.

As predominately Muslim country, Saudi Arabia — like many religiously led nations — has subjected its women to many ideas and standards that are problematic. But Westerners often discuss women's rights in Saudi Arabia from a pitying perspective, which creates an air of superiority.

This response isn't OK, but it's kind of the pot calling the kettle black. With European countries like Ireland just reversing laws that prohibit abortions and America currently grappling with a pervasive culture of sexual assault, it's clear that all nations are still earning how to treat its women like equals.

Saudi Arabian women have fought long and hard for their right to get behind the wheel, and their actions will have implications for women around the world.

As evidenced in Ireland, the U.S., Kenya, and Saudi Arabia, women are fighting for their right to live freely, safely, and happy.

Now, Saudi Arabia's got the keys to keep the mission moving.