What is coffee flour? Only a brilliant alternative for you and the environment.

You read it right. Coffee. Flour. 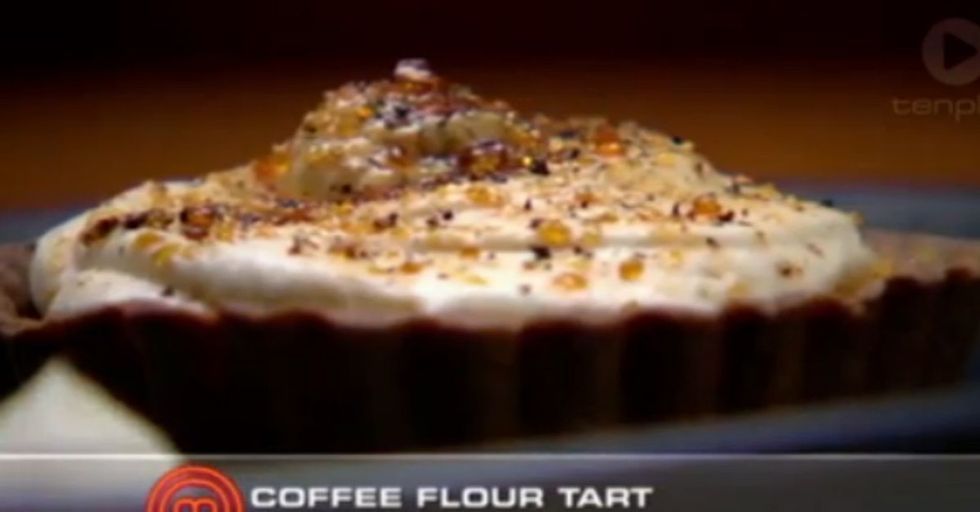 Ever see something so elegantly simple it seems genius? Coffee Flour seems to be exactly that.

There was a big problem for laborers and the local regions where coffee beans are grown and picked. You see, there's the bean and then there's the "cherry." Since the bean was the only part that was profitable, the cherry got thrown away. But chucking it can create problems in the environment because the ochratoxins, aflatoxins, and caffeine get absorbed into the streams they're processed near. Additionally, the more pectin is in the water flowing downstream, the more bacterial activity takes place which uses up oxygen that the aquatic life depend on.

And if that weren't enough, workers are at the mercy of the fluctuating market prices for coffee beans, so sometimes they are making OK money and sometimes not.

But some folks saw a missed opportunity. What about that cherry that was getting thrown away? Could that be good for anything?

After some tinkering, they found out it was!

The coffee cherry is edible, nutritious, contains less caffeine than the coffee bean, and it can be processed into a flour that can be used for baking.

In fact, a contestant on a cutthroat cooking show in Australia got rave reviews for her tart made with Coffee Flour.

"What makes it special for me is the textures, that really soft, crumbly pastry… I think this might be the best thing you've cooked in the whole competition." — MasterChef judge

If it turns out a worldwide demand exists for Coffee Flour, it could solve both problems for workers in coffee-growing regions.

It's proposed that Coffee Flour could provide more stable income to benefit the local economy and public institutions, and less acidity from the cherry will be absorbed into the land and water.

Dan Belliveau, one of the co-founders of Coffee Flour, explains how their innovation will contribute to reducing environmental strains:

"At the point where the cherry fruit (pulp) is separated from the bean in the depulpers, we capture the pulp at that point and send it through our process to stabilize and dry. We use water to rinse the cherry prior to the depulpers, but post depulpers we eliminate the use of water to transport the pulp, as we want to retain all the nutrients that would normally transfer into the water. This creates a portion of the “honey water" which will no longer be produced. And approximately 80% of the pulp is used for our product (never to see a stream, river or landfill) and the +/- 20% of the pulp that doesn't meet our quality control standards, we encourage to be composted and used in the farms (this is a much more manageable volume for farmers to handle)…"

Here's where Coffee Flour currently has operations set up, and the other coffee growing regions shown are potential new sites as they grow.

Is Coffee Flour all it's hopped up to be?

To be fair, there are some questions and criticisms that if Coffee Flour isn't operated thoughtfully, it could be another well-meaning innovation that hurts more than it helps. For instance, some coffee growers would rather compost the cherries for fertilizer. And some fear that the lion's share of the profit for Coffee Flour will be enjoyed by investors rather than the laborers.

But if the process is instituted fairly, which it looks like Coffee Flour is intending to do, then 50% of the end product should remain in the regions where it's produced to be enjoyed by local consumers, rather than just exported to richer nations. It's completely voluntary for growers to opt in, and doing so provides them expanded options for how to best use the cherries for their business — so they could use some for fertilizer and channel surplus into Coffee Flour. And if Coffee Flour can replace a portion of wheat grown worldwide for flour (the growing of which has way more carbon footprint than its packaging), then it could indeed be a significant win for the environment.

If you want to try Coffee Flour for yourself, one vendor in Brooklyn is offering their goodies for the public to get acquainted. For folks in other areas, you can sign up at Coffee Flour to keep posted about availability in your area.

Coffee Flour could strengthen the coffee-region economies, provide gluten-free options for those who need them, and make a significant impact on the environment. This seems like one of those elegant solutions that's so simple, it's brilliant.

NOTE: No, we weren't paid to write this piece. This is just one of those innovations you stumble across and get so excited about you have to give them some love!