What happens when you freeze the Earth?You get the first animals. 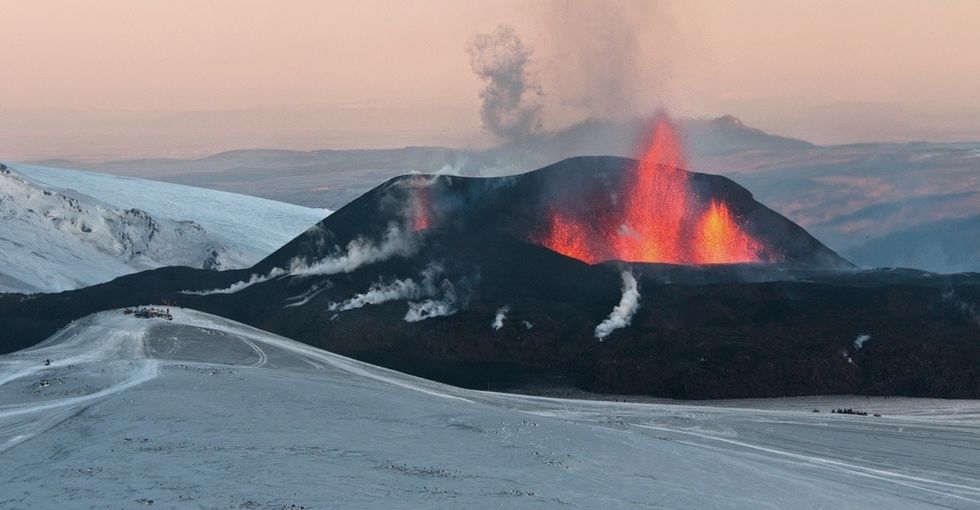 Life on Earth is tough as nails.

From the crushing, soulless depths of the ocean to the highest reaches of the atmosphere, from boiling hot springs to Antarctic wastes — even in the radioactive heart of Chernobyl, life thrives. It finds a way. It laughs in the face of adversity.

Turns out, that amazing tenacity is kind of our birthright as Earthlings. To understand why, you've got to go back to Snowball Earth.

720 million years ago, the Earth was a pretty different place. For one thing, it was in the icy grips of something called the Cryogenian period.

Living on Earth would have been tough. For 85 million years, the planet was locked in a grinding cycle of massive freezing and thawing. This was no mere chill. At its height, the entire planet may have been frozen over with glaciers marching over even the equator. The alternative? Greenhouse conditions caused by massive volcanic eruptions.

Sounds like a bad time to be around. And, yet, life didn't just endure. This period happens to coincide with one of life's greatest moments — the jump from single-celled bacteria and microbes to multicellular life. Plants, animals, mushrooms, just about everything you can see in your day-to-day life is a descendant of this great leap forward.

But this triumph in the face of adversity wasn't a coincidence. At least, that's what a new letter published Aug. 16 in the science journal Nature says.

Life didn't just endure this cycle of ice and fire. It may have flourished because of it.

The reason, the authors say, has to do with algae. For the three billion years before, single-celled life had scrimped by on whatever energy and nutrients it could grab. There wasn't much to go around.

But things were going to change. As the glaciers marched back and forth across the surface of the planet, they acted like giant belt sanders, grinding mountain into powder — powder that was chock-full of minerals like phosphates. When the cycle flipped and the volcanoes took over, the glaciers melted and dumped all those nutrients straight into the ocean.

Where the algae could get it.

Which was then food for everything else. Suddenly there was plenty to go around and life began to eat. And thrive. And change. And, over time, that life made the leap from tiny, lonely microbes to the ancestors of all the multicellular life we see today.

We don't just endure hard times. They give us the fuel we need to grow.

This is just one possible explanation, but the scientists say it's backed up by evidence. Chemical signatures in the rocks show a massive algal bloom around this time. Other ideas might come in later and disprove it, of course — that's just how science goes.

But if this is true, then it just makes life on Earth that much more incredible.