What everyone's getting wrong about this sexist cartoon. 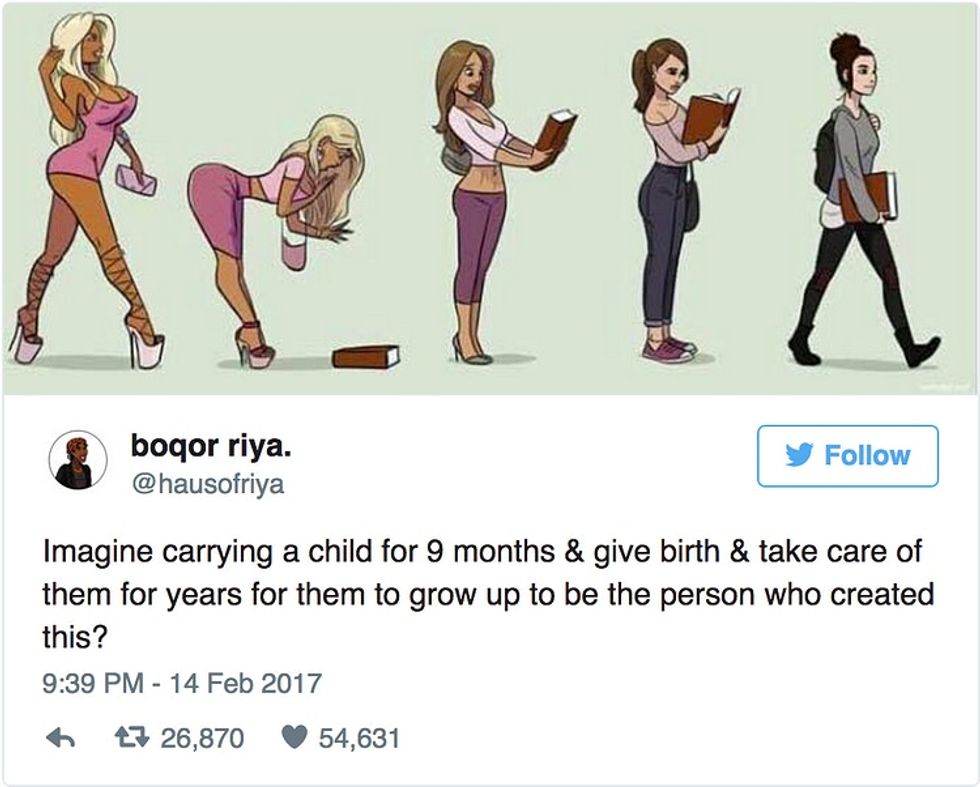 The comic seems obviously offensive at first glance: A woman with an ambiguously colored skin tone, with thick curves, spots a book lying on the ground.

She picks it up and begins going through a radical physical transformation in which she becomes more petite, dressed in more conservative clothing and has distinctively white skin.

But its creator says people are missing the point and he’s kind of embarrassed it ever became an issue.

The comic strip became the subject of intense criticism on social media when Cyntia Hijar posted it to her Twitter feed with the caption: “According to this picture, reading weakens muscle tone, and in addition to that it makes you look white and almost European and makes you cut your hair too. Just ignore that picture, one can read and remain black and dress as one wish.”

However, the artist behind the piece who goes by the name “Sortimid” said the comic strip has nothing to do with race, feminism, or any other flashpoint at the center of cultural identity.

Other examples on Sortimid’s deviant art page show the niche fetish in its more traditional form, which is usually hinged to a darkly comedic premise.

A number of Sortimid’s fans have risen to his defense but he nonetheless apologized for the controversy.

And in an interview with BuzzFeed tried to bring some transparency to his community, something he never thought would be necessary:

In a more detailed post on his site, he writes:

To clarify: the image IS sexist. My work IS sexist. If that turns you on, then great! Enjoy fapping! It's meant to be a fantasy! But if you use my work to justify your behavior and real-world beliefs, you might want to do some soul-searching.

And he’s also having a little self-deprecating fun, sharing alternate versions of the comic strip that people have created on his Twitter feed: