What dating at 80 can reveal about the delightfulness of life and being human.

3 stories about dating in the golden years give a surprising existential perspective. 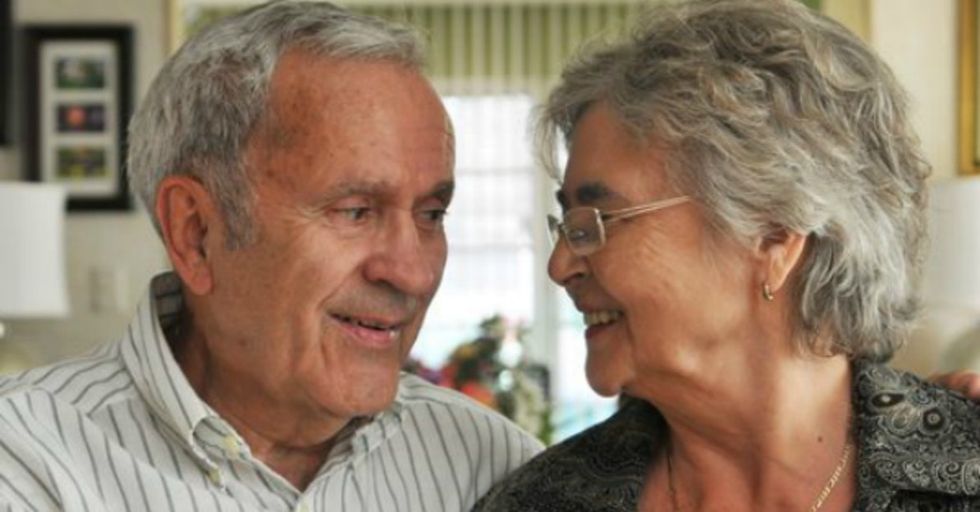 When you think of yourself in your 80s, what do you imagine?

Living in a nursing home? Having been married for 40 years and settling into your final phase, content with the life you've already had? Maybe that will be how it goes. Maybe not.

What if it turns out that the wheel of circumstance keeps spinning and you still have a lot of spark left in you and find yourself single or widowed? For many, the love of life and connecting with new people keeps going in spite of the fact that they're aging.

Here are three stories about older people dating that could make you see aging in a new way.

1. Pearl and Charles, meeting for their first blind date

Pearl is 77, and Charles is 80. They met on one of the multitude of online dating sites for the senior set, Mature Dating, which documented the blind date as a video. (A couple of others are AARP's dating site and OurTime, for singles over 50.)

Pearl reminisces about her first date when she was younger, and she recalls holding hands and "going to the pictures." Charles admits he feels a little embarrassed to be 80 and going on a blind date. But look at what a great time they have!

Turning up the charm with some friendly yellow roses. Darling. GIFs via Mature Dating.

After that lovely greeting, they go to lunch and then walk around London, taking in the sights.

And they have a super-cute ending to their date, where they appear to have hit it off. They're asked if they think they'll see each other again. Pearl gamely goes out on a limb with an enthusiastic, affirmative answer, but Charles playfully pretends he's not sure. "Could be," he muses, before laughing and admitting that it's very likely.

Pearl seems to enjoy Charles' prankster side. Is it a match?

2. Bruce and Bernadetta Bateman, who met at their retirement community

You know how people can buy or rent condos, apartments, or houses in mini-villages that are exclusive to retirees? Bruce and Bernadetta lived in such a community, and when Bruce got a neighborly greeting from Bernadetta one day while gardening, he was interested immediately. He sent a note to console her when her pet passed away, and they've pretty much been together ever since.

They married in 2012 after a whirlwind courtship at the respective ages of 76 and 73 and didn't worry too much about whether they were rushing things:

“With all that background and experience [prior marriages and life lessons], we knew what we needed. We absolutely knew it was the right thing to do." — Bruce Bateman

3. And an unnamed, 76-year-old, lovestruck suitor interviewed on NPR

He didn't want to say his name because he was going to propose to the woman he loves a week after the interview. His wife passed away eight years ago after they'd been together over 40 years. After some time, he looked up a woman he'd been very interested in during high school but too shy to go for.

But there were some red flags about this marriage proposal: The relationship was more friendly and not romantic in nature, despite the pair having spent a full week together in her home multiple times; he had told her he loved her and not gotten the same answer back; and she had encouraged him to date other people.

And yet this man was willing to jump in with both feet and possibly feel like a fool just to find out if there was to be a future with her or not — at least until the interviewer, Ira Glass of "This American Life," introduced some doubt into his mind about the wisdom of this proposal.

The moral is: We're never too old for love.

In a way, it's kind of comforting to think that no matter our age, lived experiences, or accumulated wisdom, we silly humans can still be soft enough to take risks for love and feeling alive. Do you know someone like that to share this with?