What could be one of the best ways to keep your brain sharp? It ain’t crosswords… 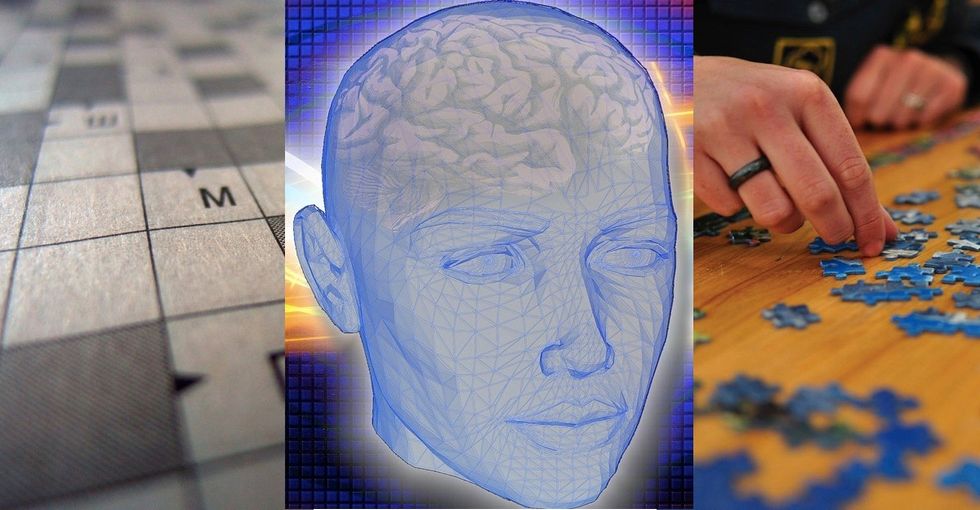 What's the best way to keep your brain sharp?

When most of us think about keeping our brains flexible and powerful, most of us probably think of things like brainteasers...

Gimme that seed! GIF via DailyPicksandFlicks/YouTube.

Behold! The most satisfying video on the internet. GIF via OskarPuzzle/YouTube.

Oh my God, they're doing it in pen. Hard. Core.

And brain challenges can help, although not every puzzle is created equal (some studies suggest that doing a bunch of crosswords might just make you better at crosswords, for example).

But maybe we need some of THIS added to the mix:

As we get older, our brains tend to slow down a bit, but a study published in Neurology showed that exercise keeps our brains quick, sharp, and powerful.

The study followed about 900 older people over the course of many years. The researchers judged how much exercise the people were getting, then over the course of more than a decade, they judged their mental capabilities using memory and logic tests. They even used MRIs.

At the end, the study showed people who intensely exercised had brains that looked 10 years younger than their peers.

Those people were both quicker at figuring things out and had better memories. The researchers note that it wasn't just any exercise — the benefit came for the people who got regular moderate to intense exercise, like running or aerobics.

The researchers did caution that they can't draw a direct 1:1 relationship between exercise and brain aging, but exercise carries a lot of other benefits that might come around to helping our brains anyway. Exercise can help fight off hypertension (which can affect our brains) and decrease stress (which is a good thing all around). Some studies have even suggested exercise can make your brain bigger by volume!

Go for the gold!

So the next time you think about staying sharp, it might be time to put down the crossword puzzle and break out those running shoes.